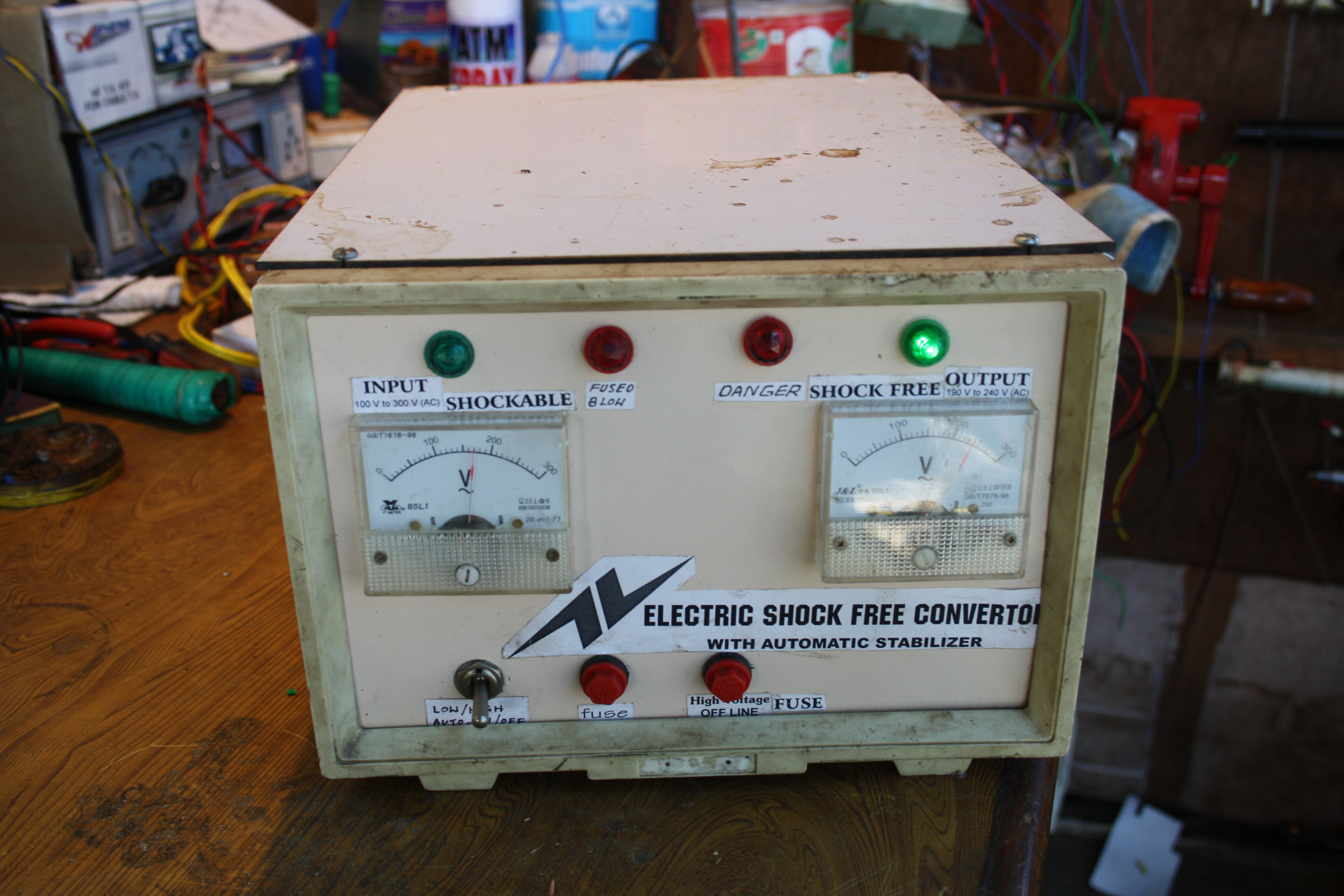 An electric shock occurs when a person comes into direct contact with an electrical energy source. K. Nicholson Singh (28) has developed an innovative device, which converts all electrical lines to shock-free power lines. If accidentally someone touches these lines, then also s/he does not feel any shock.

Nickolson was born to a poor family at Wangkhei Khuman Leikai, Imphal in 1981. He is the third child and first son of K. Indrajit Singh. He had his early studies in local government schools. Since his early childhood days, he had always been a difficult child with very inquisitive mind who always wanted to do things on his own ways. Such level headedness often landed him in troubles on many occasions, and got severe rebukes from his father time and again.

When Nickolson’s father got a job at Regional Institute of Medical Sciences (RIMS), Manipur in 1989 as an electrician, the family moved to the official quarter. That’s where Nickolson’s inquisitive journey of exploration started, keenly observing and following the foot-steps of his father. He learned the basics of electrical machineries from his father from a very young age.

He completed his studies till class ten but could not complete his class 12 because of his ill-health, and subsequently left studies.

Nickolson’s father used to repair all kinds of electrical appliance at home, and he joined his father’s electrical repairing work to give him a helping hand. He started with dismantling works electrical devices and later on moved to small repairing works. In the beginning he had to fight with his father as he always wanted to lay his hands on anything and everything, often making a mess of many devices. But, as he made progress in his skills, he started doing regular repairing works in his father’s absence.

He was taught by his father all the basics of electrical components, and more importantly the precautions one needs to take to avoid any possible electrical shock while dealing with repairing works. His father also bought many electronic books to read so that Nickolson could also learn theoretical part of it. To upgrade his skill level, he was sent to a private electronic center for four months. After acquiring his basic skills, he again branched out to learn power transmission system. Again, it was his father who came to rescue and taught him the fundamentals.

Genesis of the idea

After retirement of his father, together they opened an electrical repairing store in Uripok, Imphal. In one of those repairing sessions he got a serious electric shock. From then onwards he started thinking about electronic equipments, without the danger of having electric shocks. He first consulted his father about availability of such devices, but got no definitive answer. He was told that he had not come across any such device that protects from electric shock. That was the trigger for Nickolson to come up with a device that would solve problems of all electrical devices users and provide answers to his unresolved questions.

There are many shock control devices[i] available in the market. But these devices do not convert the electrical current to a shock-free current. His father had bitter experiences of purchasing such devices for RIMS, and failing miserably on many occasions. He even started worked on such machines to correct the flaws in the system. Unfortunately, he was not very successful though he did find out where the possible fault lies.

Both father and son had discussions on this issue on many occasions and concluded the only possible way to prevent electric shock was to prevent the output phase electron flow or earthing energy passing through to any living body.

Nickolson then started experimenting on his new concept for years and finally he came up with the first device in 2003. Though he had used the device in his workshop he was afraid to do a thorough test or tell others about the machine.  And in fact it was his father who found out the device first. One day his father came to the store for some repairing works; he kept the switches on and started working. Accidentally he touched on of the live wires but felt no electric shock. Till then he didn’t know that his son had developed the device and the line he was working on was the output line of the device.

Then he called Nickolson and informed him about his experience. Nickolson also repeated the same process and realized that the live wires didn’t have any shock. Both father and son were very excited having achieved their long cherished dreams and the first prototype of electric shock proof device was born.

It is an electronic system attached to the main electricity board of the house, which coverts all electrical lines to shock free power lines. NIF facilitated the testing of his device at IIT Guwahati, which evaluated it and has explained it as below.

The working of this device can be explained in three stages

1. At the input stage a Multiphase change over through Automatic switch is built in. This comprises 3 relays and 3 transformers. Purpose of this mechanism is to automatically provide single phase output from 3 phase input when any phase fails or all the phases are active but we need only single phase output as is the case with most of the domestic appliances. Significance of this phase is that input voltage has been reduced to low output voltage so that it will not cause electric shock.

2. Output from stage 1 i.e. Multiphase change over through Automatic switch is fed to second stage called as Double phase/High Voltage vs. Normal Voltage device. In this device 1 relay and 2 transformers are used. Here in case of high voltage due to mixing of 2 or more phases of input supply is taken care of. Also if there is any touch by human being at the final output stages on the live wire, its relay immediately switch the phase to no current stage and prevent electric shock.

3. Output stage uses a specially fabricated transformer with winding for both primary and secondary coils. This transformer steps up the voltage to usable voltage of 220 volts.

So when there is a contact of human being at the output stage even with the live wire, due to the relay in the second stage, electricity circuit becomes open through the relay. Hence there is no electric shock. If a human being touches both the wires in the output stage, he gets shock. This aspect is found advantageous for domestic purpose for shockproof working of appliances without any loss of current and also applicable for electric heaters etc. drawing high current compared to electric lights etc.

The device can be constructed rugged enough to withstand poor current characteristics that can facilitate its use in conjunction with captive electric generator source too without manual change over and in rural areas where current quality is poor with low voltage, higher fluctuation. This is a very useful device for every household/commercial establishment with electrical installation.

However the experts at IIT have suggested a few changes before commercializing the innovations. The various stages of the device can be integrated with a Single Protective cover for the machine to be aesthetically attractive. The quality of the material could be improved, which would increase the durability and reliability.

Nickolson is a prolific innovator and has many other innovations to his credit like the reuse of fused tube lights, longer lasting modified tube light choke, and movable solar energy panel. Given his innovative pursuits, he was invited to participate in the Third Inventors of India workshop at IIM, Ahmedabad in October 2006 where he described his innovations to other invited innovators of the country. He was also nominated for a workshop at Centre of Bits and Atoms, MIT, Massachusetts, USA in 2007.

[i] The commonly available device is the GFCI (Ground Fault Circuit Interrupter) or what is commonly known as the safety switches. In this device when someone gets a shock it automatically switches off the system. After that one has to switch on the safety switch to run the system. Though it prevents any fatal inquiry by cutting off the main line but still it does not prevent the shock. In this case there is no electric shock at all.