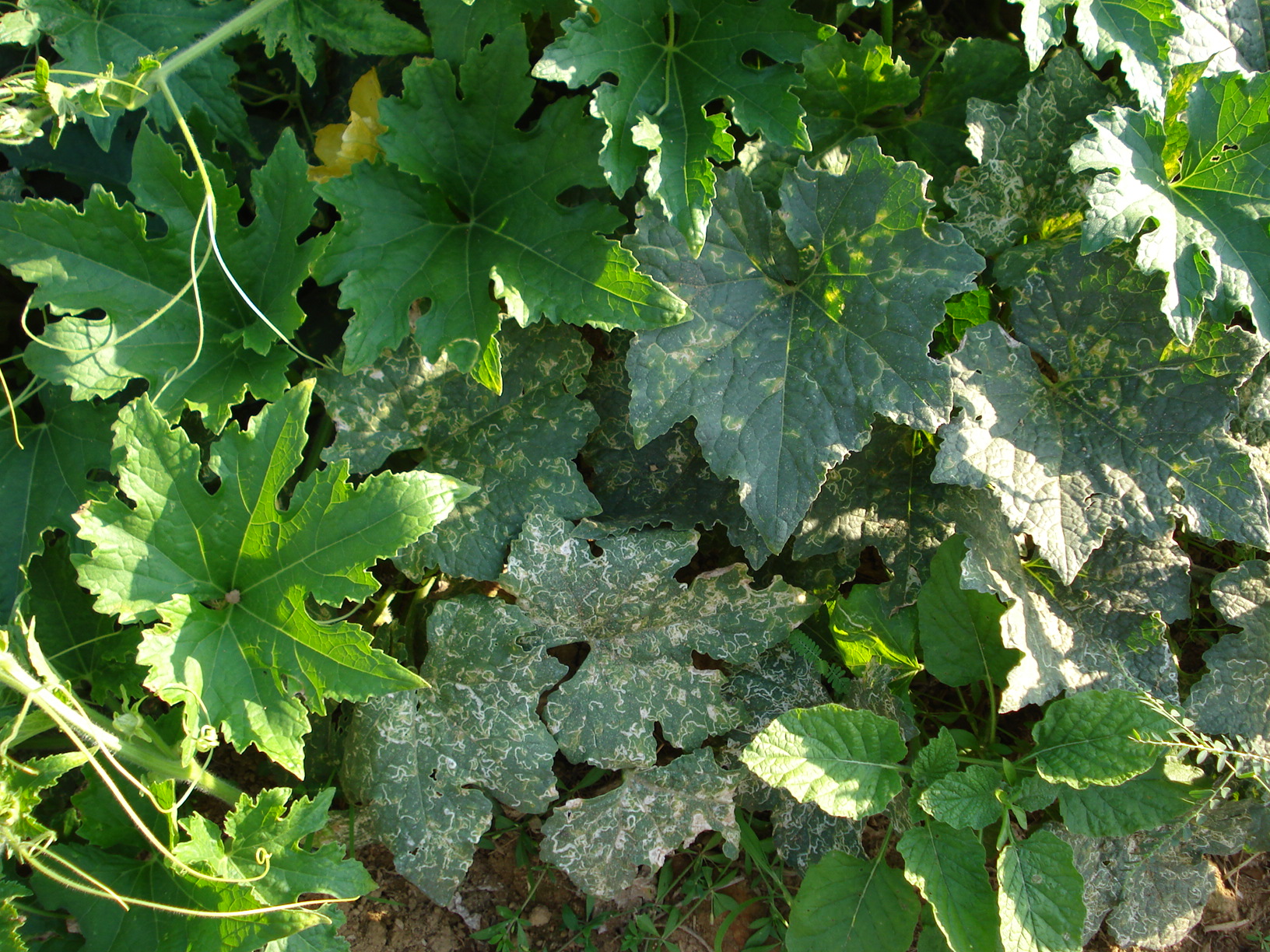 Joy (32) is a farmer engaged in agriculture for the past twelve years. He has developed a Yellow Mosaic resistant white gourd variety by crossing a local variety with a resistant variety, followed by repeated selection.

Joy’s father was an agriculturist. They had coconut, plantain, paddy in their half a hectare land. He studied in the nearby school and after the high school he joined college to study economics but could not complete. Then he joined a local computer training institute to do a one year diploma course in computer applications. Since his mind was preoccupied with agriculture he could not concentrate in studies, and every now and then took a break and diverted his attention to his farms.

Considering the unreliability of agriculture, his father wanted all his sons to engage in professions other than agriculture. Joy’s elder brother is a bank employee and the younger one works in the Middle East. However, the charm of farming was too much for Joy that he did not pay any heed to any one and started farming simultaneously with his college. His family members and other relatives criticised him for this but he remained undeterred.

In 1995 government announced a subsidy of Rs. 4000 for vegetable cultivation. He obtained the subsidy and expanded his cultivation with the support. He took one acre of land for lease, and started the cultivation of snap melon, ash gourd, bitter gourd and pumpkin. In fact, it was Joy, who introduced the snap melon cultivation in his village, after which a large number of farmers adopted its cultivation. This has resulted in his village becoming the main area of snap melon cultivation in the region. He used to load his produce in a hired tempo and sell it in the market but it did not provide him a decent earning. As the cultivation of vegetable in the village grew, the gross production increased and the rates fell.

In 1998, mosaic virus had destroyed the entire crop of gourd in the region. One day while walking through the village, Joy saw a few white gourds in the field of a farmer, Kannichaye Narayanan, which were not affected by this disease. The farmers whose crops got affected were cultivating the variety released by the Kerala Agricultural University.

He collected few seeds from Narayanan and sowed them in his field. As he had observed that the effect of the disease was less in these gourds, he decided to purify this variety and selected 8 good plants. To prevent cross pollination he covered the flowers with polythene cover. From these 8 plants he got 8 eight gourds. He collected seeds of these plants, which numbered about 600. He sowed these seeds in a bed and again selected 10 plants based on the vigour and growth of the plant, pest attack, colour of the leaves and the size of the gourd.

He selected smaller gourds over bigger ones as bigger gourds were not preferred in the market. He repeated the process and after five years of continuous selection he was able to develop this variety. He cultivated this variety and obtained very good results. Not a single plant was affected by the mosaic virus attack.

He informed the agriculture officer about this variety who appreciated him and linked him to the Agriculture University. A couple of professors who took seeds from him later informed him that the variety did well but nothing after that.

The newly developed variety takes 35-40 days to flower and 90-100 days to mature. The average weight per fruit is 12 kg during monsoon and 4-6 kg during summers. The average yield is 250 quintal per hectare with the average yield per plant being 10 kg. It is a short duration variety and has good cooking quality. Dark green colour of the leaves is the major speciality of this variety.

NIF facilitated the evaluation of the variety at Kerala Agricultural University from where the reports have been very promising. The results during both the seasons indicate that the number of fruits and yield of fruits of the ash gourd (white gourd) was on par with that of the high yielding accessions and released variety, KAU Local. Also in both the seasons, Joy’s variety was free from mosaic virus disease while all other varieties/accessions showed mosaic symptoms.

He has distributed the seeds of this variety to neighbours also who have also appreciated it. Joy mentions that the farmers are not able to identify the attack of the virus. Yellowing of leaves was the symptom of several diseases. Nutrient deficiency may also contribute to the yellowing of leaves. So farmers without knowing the exact reason may attribute the yellowing to virus.

Joy is also concerned about the decline in vegetable cultivation in the region. The market is highly unpredictable and profit from vegetable cultivation is quite less. The cost of production being lesser in Tamil Nadu, much of the vegetables are procured from there. This results in competitive disadvantage for the farmers in Kerala. Also during special festival seasons, the government gives special discounts, which again dents into the already less profits. This is the reason, he mentions, for farmers shifting to cash crops or looking for other jobs. Also, the agencies started for promoting vegetable cultivation are not performing well. The cost of production is increasing day by day and climatic changes are also affecting the produce.

However, inspite of these, his innovative spirit has not dampened. He is in the process of developing a disease-free medicinal white gourd variety. But the problem that he has at his hands presently is that this variety is highly susceptible to the virus attack. He has started his work to further improve it. Recently, he has also developed a simple mosquito trap, which was featured in a leading daily. In nutmeg he has developed a new grafting method about which farmers from far off places also call him for advice in budding in nutmeg.

Seeing his interest in agriculture, agriculture officer also recommends his name for major trainings and workshops, some of which he attends also. But he mentions that these training programs are not practical as the actual field conditions are quite different from the laboratory conditions under which most experiments operate.

Joy feels very happy while walking across his farm. ‘The growth of the vines of ash gourd in the evening can actually be seen while walking through the fields, this fills my heart with pleasure and I feel very much satisfied’.