Shower for elderly and physically challenged

Shower for elderly and physically challenged 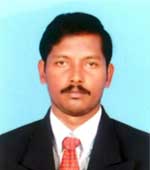 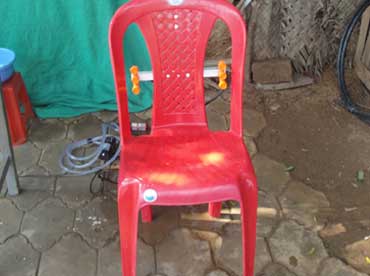 Gopalakrishnan (43) is a serial innovator from Namakkal. He has developed a setup, which aids the elderly and temporarily or permanently bed ridden patients to take bath easily without having the need to go to the bathroom.

Youngest among seven siblings, Gopala had always been fascinated with electronics. His father was a railway employee and his mother a housewife. As a child, Gopala was always looking at electronic items with keenness, trying to understand their construction and mechanism of working. He was a bright student and had started innovating while in school itself. His first innovation was geometry box based torchlight.

He went on to complete his ITI and thereafter worked at a water pumping setup. During this time, he worked on a number of projects related to motors like transforming an ordinary motor to work as a jet motor and a GSM mobile based device for switching on/off a motor. To work on his ideas, Gopala used to save money from his meager Rs 350 per month salary. Some of his other projects include a mixer operated millet husk remover, an inbuilt amplifier in receiver, bike headlight turned an emergency light, which can last for over eight hours, fumigation dhoop, electric buttermilk churner and coconut grater. Currently, he is working on a project to use solar energy efficiently as a source of electricity. He had displayed his innovations in the National Level i3 Expo in Coimbatore a couple of years back. He also has two acre of farmland wherein he cultivates sugarcane and tuber crops.

Genesis
Gopala’s mother had been paralyzed for six years hence was bed ridden. He used to take care of her and assist her in bathing. It required a lot of power to hold her safely while taking her to the bathroom and bathe her. As he had worked on a lot of water pumps for agricultural purposes, he thought of developing a system using which he could give his mother proper bathing in her room itself.

The shower apparatus consists of a chair to which a support for shower head is attached, which is in turn attached to a water container and a battery operated pump.

The user can be made to sit comfortably on the chair, after which s/he can take bath on her/his own. The setup is cost effective and portable and can be taken anywhere. No assistant is required for helping in bathing. In available alternatives, requirement of an assistant is there. The present shower system eliminates the problem of transferring the patients from bed to bathroom. Also, the user is not required to stand while taking bath and mugs are not required.

Due to his own requirements, Gopala did not make it for indoor use, hence presently, it does not have a water drain and splash guard. However, this system has the scope for value addition and can be taken forward for further development. This can be used by/for senior citizens and bed ridden patients. This setup will reduce the effort of the caretakers and have a positive emotional impact over them and the user.