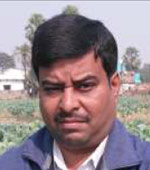 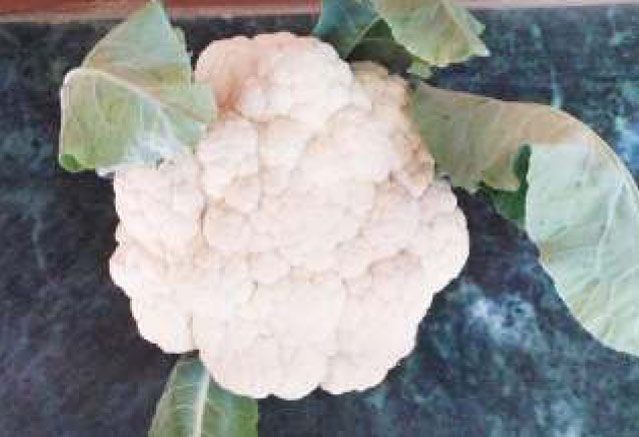 During 2009-2013, he worked for the improvement of thevariety by selecting healthy, early-maturing plants with bigger and more compactcurds.Sanjeev selectionvariety is well known for early maturity (60-70 days); white, bigger (up to 940g) & compact curds and high yield (up to 175q/ha). Facilitated by NIF, the variety has been validated byBihar Agricultural University,Sabour, Bihar. The variety was found to be superior in terms of vegetative yield, curd weight and Vitamin-C content and also produced significantly higher curd yield (186.2tons/ha) over checks at all the three locations tested. Seed material of Sanjeev selection cauliflower was tested at the Division of Seed Science and Technology, ICAR-IARI during 2018 where it was found that the germination, purity and moisture content were 88.3%, 98.6% and 8.4% respectively.

On-farm trials were conducted at farmers’ field by NIF-India in six states to check the adaptability and performance. Encouraging results and feedback was received. Early maturity and quality of curd was confirmed in Bihar, Uttar Pradesh, Madhya Pradesh, Gujarat and Chhattisgarh.The variety has spread in Bihar and Jharkhand states. The innovator has sold 80kg seeds of the variety during last four years. The application for registration under PPV&FR Act, 2001 has been submitted with PPVFR Authority, New Delhi.