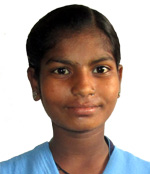 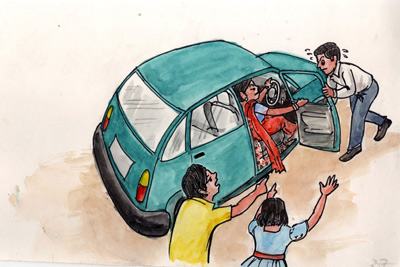 “My fingers would frequently get trapped between the door and the frame, which always hurts. I realised that this could be risky for my younger siblings as well,” says Munni. An idea surged in her mind, which was to develop a safety device which prevents such mishaps. One solution could be making doors with rubber frames.

Dev also faced a similar problem and thought of developing a sensor, to be attached on the car door, which would prevent the door from closing if there is any obstruction.

Munni has a special interest in solving Math problems and enjoys playing kabaddi. She wants to become an engineer. Dev wants to become a researcher in future and wishes to pursue a career as a virologist. Besides school activities, he plays the harmonium and the synthesizer. He loves reading and is particularly fond of J K Rowling.