Reminding the owner if keys are forgotten in the vehicle

Reminding the owner if keys are forgotten in the vehicle 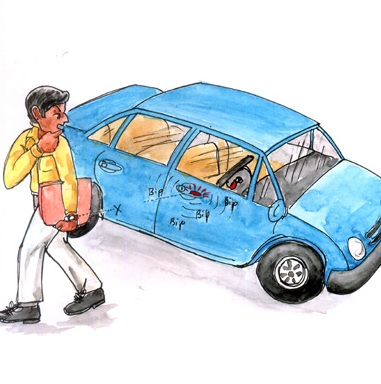 A system in vehicle, which intimates the driver through a phone call if the keys have been forgotten in the vehicle; prevents cases of theft.

Chandramouly’s sister often forgot the keys in the car itself. Once their neighbours informed that the keys have been left in the car and they could retrieve it timely. He read about other such incidents also where owner by mistake left the keys in the car, which got stolen subsequently; hence he came up with this idea. Chandramouly like to listen to music especially carnatik music and also western genre like metal and rap. All technology enthusiasts, he and his friends, have started a technology blog where they post all the news about latest gadgets and technologies. He has received recognition for his scientific acumen and aspires to become an electronics or computer engineer.