PCB repairing device for mobiles and others

Home / Profiles / PCB repairing device for mobiles and others

PCB repairing device for mobiles and others 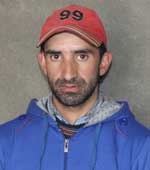 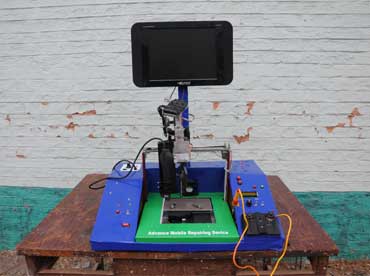 Mohammad Shafi (32), a mobile phone technician and an innovatorhas developed asemi-automatic device for repairing of the Printed Circuit Boards (PCBs) of mobile phones or any other small gadget.

Shafiq was born in a small rural hamlet in Anantnag district of Jammu and Kashmir. Since there was no school in the vicinity, his basic education was imparted by his mother in native language till he was eight. Later, his father, a blacksmith by profession, got him enrolled in a government school. But due to severe financial constraints in his home, he had to discontinue after class twelve and start working to supplement family income. He then started a mobile repairing shop. His father mentions that Shafiq has always been bright since childhood and has had a keen interest in electronics and machines however due to their financial conditions, he has not able to convert many of his ideas into practice. Despite all hardships, Shafiq says his family has remained a great pillar of strength for him.

Genesis
One day while repairing a mobile phone, he realised that while removing faulty Integrated Circuits (ICs) from the PCB of a mobile, it becomes quite difficult to hold the heat gun and tweezers at the same time. He then felt a need to develop a device, which can help remove and place ICs on mobile phone PCBs easily. He had earlier also made a multi-meter kind of a device for himself to help in repairing work. He did not have any technical issues while developing the machine however finances were a problem hence he could not purchase and use new components. He scouted for old and used components from old and damaged printers, cameras and other damaged electronic gadgets. Thus it took him quite some time to develop the machine.

He got in touch with GIAN/NIF Cell Jammu and Kashmir and NIF through his cousin. Thereafter things eased a bit and he could get support from NIF for prototype development. A patent (201611022233) was also filed by NIF in Shafiq’s name by NIF. The innovation is being incubated at GIAN/NIF Cell.

The PCB repairing device
The device is a semi-automatic set-up which has a PCB holding bed movable along Y-axis and a desoldering heat gun attached to a movable X-axiscontrolled with a joy stick. A camera is attached to the gun to capture the zoomed-in view of the PCB/ICs kept below, which is displayed on a small LCD screen. The heat gun is turned on and off with a switch. Tweezers are attached besides the heat gun, which moves down and grips the IC when controlled with a mouse.The X-axis can be locked for proper positioning of the tweezers. It also has a multimeter to show the voltage current and other electrical parameters. The machine is operated by DC power supply while the heat gun can be operated by AC or DC power supply. The machine has cost Shafiq about Rs. 10000 to develop.

Shafiq has also come up with a number of other useful innovations.He has designed a lantern using salt water as a fuel and portable walnut huller, which helps reduce the drudgery involved in hulling manually. He wants to develop technological solutions for people to use in their everyday life to make their life easy and comfortable.