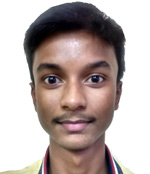 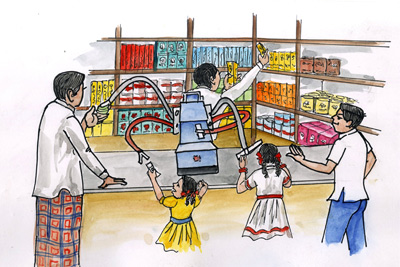 Lahar Jyoti is pursuing science in his school and aspires to become a scientist. Besides a bed and a table, his room is occupied by numerous things made from scrap. “You will mostly find him breaking old, scrap electronic parts and re-assembling them into something new,” says Lahar’s father Bhabes Das.

Bhabes runs a paan shop. “Every day after work, deuta (father) would complain about fatigue from continuously serving customers. Bothered by deuta’s pain, I started thinking about ways to help him,” says Lahar. He started with a zarda spraying unit of the machine and eventually developed the end product, with processing and delivery functions.
The machine can deliver seven sweet paans in about four to five seconds. The processing system prepares the mixture within 10 seconds, after which the paan is folded manually, which then is served to the customer through the delivery system.
One major concern of Lahar is the increasing pollution of the environment and majority of his innovations are created from re-usable materials.