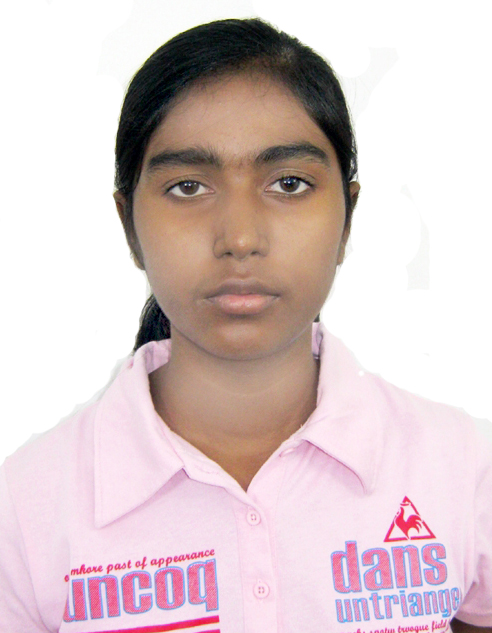 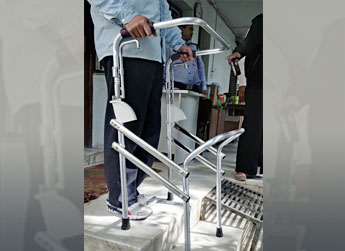 A walker with adjustable legs to climb stairs.

The walker has spring-loaded self-locking front legs.  When the user pushes the front legs on the upper stairs and the rear legs rest on the lower stairs, the walker is stable enough for climbing stairs. It also has a foldable seat that can be pulled out for resting and is fitted with a horn and a light.

Inspired by her Grandfather’s Pain

Shalini’s grandfather loved to plant.  He had a beautiful garden on the roof where he took his daily walk.  Sadly, he had an accident after which he had to use a walker for support.  He could walk on an even surface but it was not flexible enough to be used on stairs.

Because the walker could not support him on stairs, her grandfather could no longer walk to the roof to enjoy his garden.  Shalini noticed his helplessness and wanted to help him.  Looking over the walker, she realized that if the front legs were adjustable instead of fixed, they could be used to climb stairs. And that’s how she got this idea.

Interestingly, she first shared this idea with Abhishek, a friend who won the IGNITE 2009 award for his automatic food making machine.  He encouraged her to enter it in the IGNITE competition, where NIF got a prototype made based on it.  Seeing her idea translated into reality and receiving an award from Dr Kalam has made Shalini feel extremely proud of her achievement.

Shalini has an elder and a younger brother.  All three are studying but they love to catch a film together or play cricket whenever they get the time. Apart from cricket, she also enjoys playing badminton and likes to cook, sketch, paint and dance.  Her parents and school teachers give her “full support” to try different things.  Her school regularly organizes creative events in which she actively participates.

Note: Shalini received the IGNITE 2011 award as a class 8 student.  A prototype based on her idea was developed by the NIF team.  It also engaged an external agency to develop an alternative version. Both models are currently being tested.  NIF also filed an application for a patent in her name (application number 1434/KOL/2011) and is currently in talks with a rehabilitation centre that has expressed an interest in obtaining this product.  She was also featured in Teenovation, a program telecast on Zee Q on child innovators identified with NIF’s help.