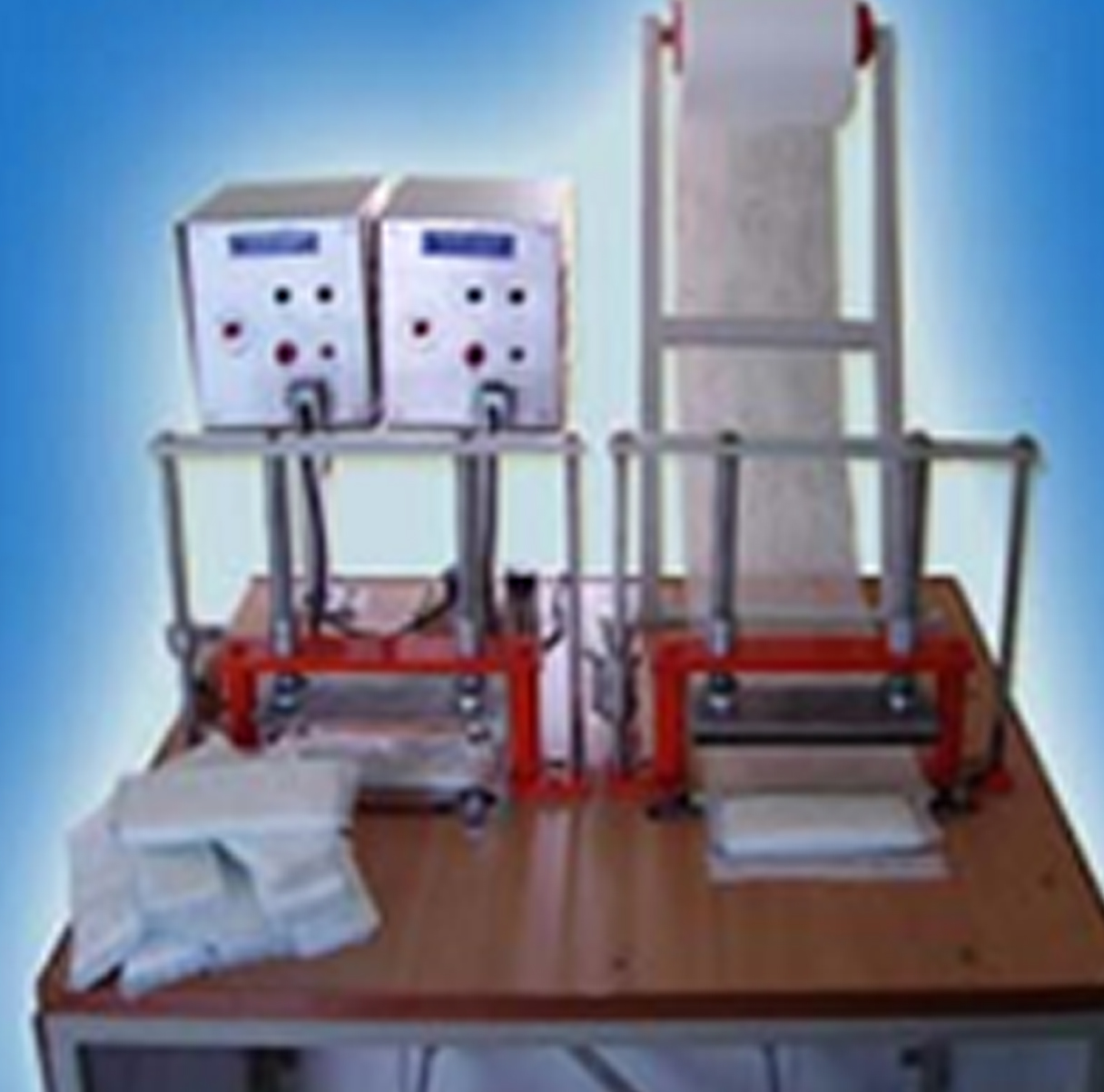 Sanitary napkin, a universally needed product, has a very low penetration in India due to the high price and the tradition of using cheaper but unhygienic old cloth pieces. The innovator has developed an assembly of low cost and portable machines that produce quality sanitary napkins at a low cost. It requires four persons to produce two pads per minute. This machine produces sanitary pads @ Re.1 to Rs. 1.50 per pad approximately. The innovator has also improvised a vending machine that can dispense single pads with the insertion of a coin.

Muruganantham (47) hails from Pudur in Coimbatore, Tamil Nadu. When he was young, he lost his father, Mr. S. Arunachalam, in a road accident. His mother, Mrs. A. Vanitha, who was a housewife, had to work as a farm worker to support the family. Around this time, he discontinued his studies after SSLC to earn a living and help his family financially. During his formative years in school, he displayed a keen interest in science and astronomy. His science teacher encouraged him to experiment and give birth to new ideas. He had participated in a school science exhibition and won an award for a chicken incubator that he had developed. Most of his classmates came from neighboring farms. He spent a lot of time visiting the farms, learning about farm implements and also tried his hand at modifying and repairing them.

For over three decades, he faced economic hardships while trying his hand at various trades to support his family. He worked in various capacities; as a part time technician at Lakshmi Machine Works, Coimbatore, machine operator, insurance agent, farm laborer and yarn selling agent. Currently, he runs his firm, Jayashree industries, which he has built from scratch centered around commercializing his innovation- the mini sanitary napkin machine.

Sanitary napkin, a universally needed product, has very low penetration in India and other developing countries, partly due to its high price and partly due to the tradition of using cheaper but unhygienic old cloth piece. As a result they become the host of many infectious diseases. This is due to lack of awareness and economic inability for adopting better precautions like use of good sanitary napkins during menstruation period. Usually different varieties of sanitary napkins are found available in the market but they are very expensive and are not affordable for rural & under-privileged women and girls.

Muruganantham has developed a set of four different small machines namely de-fiberation unit, core forming unit, sealing unit and UV sanitizing unit, which reduce the cost of production making Sanitary Napkins affordable to all. The production rate using manually operated machine set is 900 to 1000 napkins/day while with semi automatic machine set it is 3000 napkins/day (production efficiency may vary depending upon the skill & speed of operators). The machines are easy to operate and maintain.

In the first stage, by using defiberation unit, the raw material in the form of wood fiber is de-fibred to produce soft pulp. In second stage, de-fibered pulp is given required shape of the napkin in core forming units operated by a foot pedal. The third stage involves sealing the pads. The fourth stage involves passing the sealed pads through a dedicated Sterilization unit. Once the sterilization is complete, the pads are ready for the finishing operations consisting of trimming, position strip fixing, packing and dispatch.

Genesis of innovation Once the innovator noticed his wife going to the toilet with an old cloth. On his enquiry, she said it was not an issue related to the concern of men. He surmised that she was using the old cloth as a substitute of sanitary napkin. When asked as to why she was not using a regular sanitary napkin her answer was a revelation to him. She said that if all the female members of the family were to buy sanitary napkins, then they would have to cut down on the family budget for milk every month. This response from his wife was an eye-opener for the innovator. He realised that, like his wife, millions of women in the country do not buy sanitary napkins because they simply cannot afford them. He decided to develop low cost sanitary napkins that could be used by all sections of society. Initially, he worked with cotton but could not get the desired result. He then got the commercially available napkins tested in a laboratory and found out that they use wood fiber. He realised that the wood fiber was good not only in securely draining the fluids but also in retaining the shape of the pad. He then procured the raw material from Mumbai that came in the form of sheets and boards. Next, he set about developing his own de-fibering unit to process the raw material in desired sizes and shapes. Having succeeded in this, he developed the machines for subsequent stages to do the core forming and sealing of napkins. Muruganantham developed the final assembly of machines in 2004. He distributed the first set of samples among his neighbors to get their feedbacks. He got encouraging inputs on its efficacy. Subsequently, he improved on the machine by adding the UV sterilization unit, calibration for various pad sizes and increased the production rate to target 1000 pads per day. After seeing the ATM in cities, dispensing cash to the customers as required, the innovator decided to build a sanitary napkin dispenser (vending machine) with a coin slot that could be set up in hospitals, colleges and public places to supply napkins on demand. The vending machine was developed in 2008 and has a capacity of 25 pads.
Product details The semi-automatic mini sanitary napkin making assembly deploys four stages to produce the finished sanitary napkins.  The main raw materials used for making sanitary napkin in this machine include wood fiber; thermo bonded non-woven, polyethylene – barrier film, release paper, super bond paste & LLDPE 50 GSM – packing cover. In the first stage, the raw material in the form of wood fiber is taken into a de-fiberation unit (36’’ x 24”x 30”). The raw material is cut up by 4 blades, fitted on a disc at the bottom of a conical vessel, to deliver de-fiberated wood pulp with a filament length of 1 to 1.5 mm. The unit is powered by a 1 HP single-phase motor rotating at 10,000 RPM to deliver the cutting action and deliver soft pulp at the rate of 150 gm per minute. The second stage involves compressing the de-fibered pulp to the required shape of the napkin. This is done using a core-forming unit (24” x 24” x 30”), operated by a foot pedal. The mould or core block is made of food grade aluminum and facilitates making two kinds of sanitary napkin pads; one with a variable density and the other with constant or equal density. The variable density pads have more density of material at the bottom for better absorption. The third stage involves sealing the pads in the napkin-finishing machine (36” x 30”x 30”), where they are wrapped with non-woven fabrics such as polypropylene and sealed. The operator uses the foot pedal to power the unit and seal the pads in three sides. The unit is rated at 40 Watts and seals about 4-10 napkins per minute using a cam operated limit switch, which facilitates fast heating and cooling within two seconds per stroke. The fourth stage involves passing the sealed pads through a dedicated Sterilization unit. The sterilization can be achieved either by manually exposing the pads to the UV lamp or by batch-type sterilization unit. The sterilization units consist of a closed container with UV lamps.  In the UV chamber, sealed pads are sterilized by exposing them for 10 seconds. The UV sterilization is achieved by using short wave Germicidal Erasing Lamps with specific wavelengths between 240 - 280 nanometers with a peak wavelength of 265 nanometers. Once the sterilization is complete, the pads are ready for the finishing operations consisting of trimming, position strip fixing, packing and dispatch. The machine can produce over 900 sanitary napkin pads per day @ 4 napkins per minute. It needs a maximum of three people to operate the three main production stages. The rate of production can be enhanced using two core-forming dies. In India expensive imported machines costing over twenty five lakh rupees are used in manufacturing. This makes the price of the product beyond the reach of women in middle class and lower income group. Product application and dispersion This machine heralds a new revolution in personal hygiene, for women across all sections of society, while creating potential perennial revenue stream for small scale entrepreneurs, and self help groups by deploying a self sustaining micro-enterprise model. With this machine slowly gaining national recognition, many self help groups, corporates and organizations such as M S Swaminathan Research Foundation, All India Woman’s Conference, DATA, Malabar Hospital, Community Center-AAI Delhi, Mandal Mahila Samkiya and Sammilana have placed orders for this machine. Local entrepreneurs and SHGs have launched the low cost pads in various trade names (EASY FEEL, FREE STYLE, STYLE FREE, FEEL FREE and BE FREE). These products are available in the local market at an affordable cost range of Rs 13 for a set of 8 pads and Rs 15 for a set of 10 pads. With the support from the Micro Venture Innovation Fund (MVIF) at NIF, the innovator has been able to install over eighty units across the country. He has received support from other sources as well.

Innovator has been awarded in Fifth Biennial Award Function from National Innovation Foundation and supported under MVIF scheme of NIF. Apart from this innovator has also received various state and national level awards. Until now, more than 85 machines