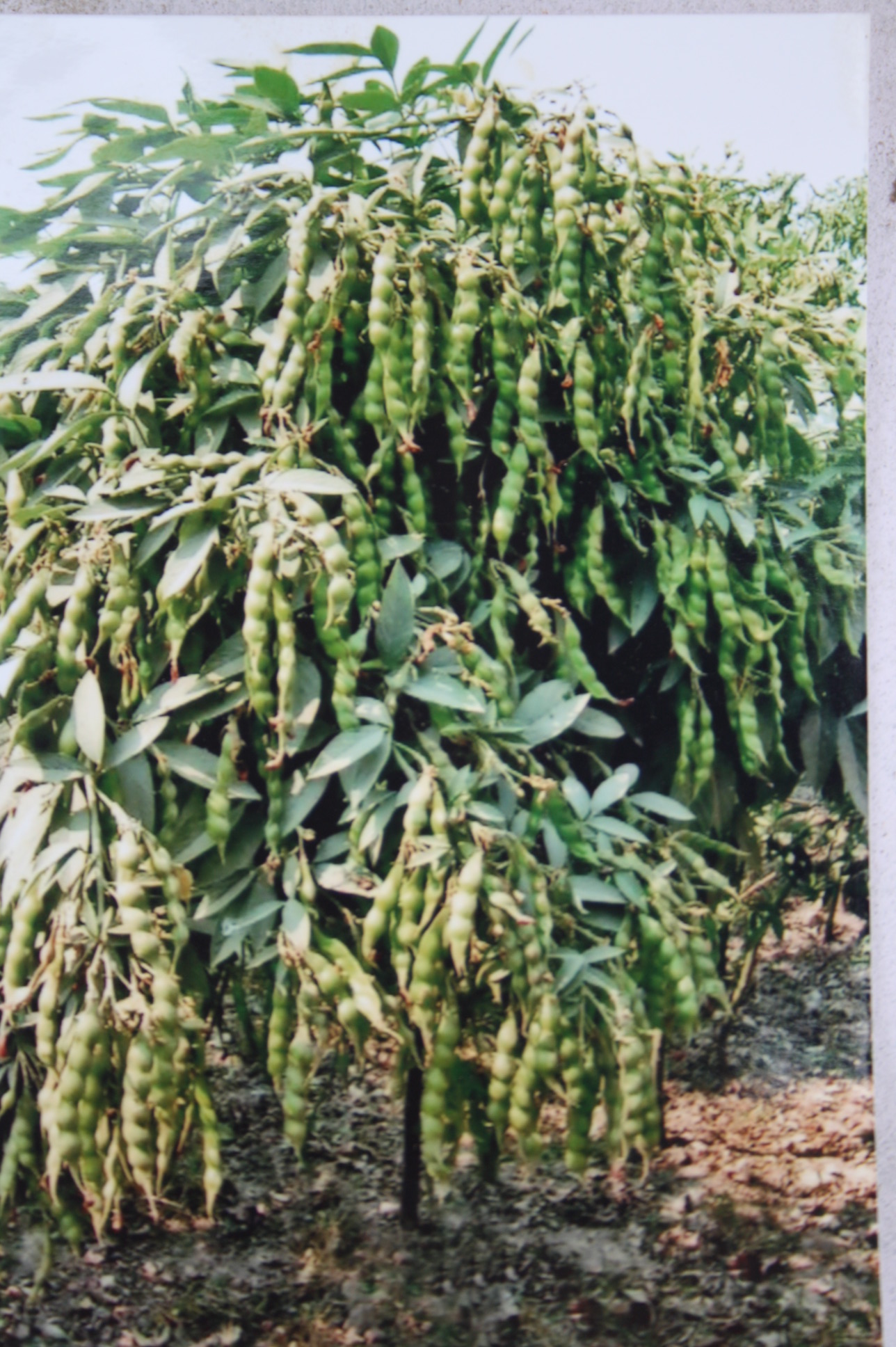 Promoting self-sustainability through the above lines, Prakash Singh Raghuvanshi (49), an enterprising farmer, has always strived to develop better seeds for the farmers. He has developed many high yielding varieties of wheat, paddy, mustard and pigeon pea.

Prakash lives in a joint family along with his mother, wife, six children and one of his brothers in the Tandia village of Varanasi. Two of his brothers are also farmers while the one living with him owns a seed company and sells the seeds developed by him.

Raghuvanshi has three and a half acres of agricultural land on which he cultivates wheat, paddy and pigeon pea. His family members especially his eldest son, Ranjeet, help him in farm work. All his children are studying.

The inspiration for research

To keep himself updated with the latest in agriculture, Raghuvanshi has been regularly participating in agricultural fairs, and meets scientists and agricultural officers. His inspiration to develop new varieties came from Dr. Mahatim Singh, former Professor at Banaras Hindu University (B.H.U.) and former Vice Chancellor, G.B. Pant University of Agriculture and Technology (GBPUAT). Dr Singh motivated him to develop better varieties that could be used by other farmers to improve their livelihood.

Raghuvanshi has developed a number of improved high yielding wheat, paddy, mustard and pigeon pea varieties, which are resistant to major pests and diseases and have seeds with good flavour and taste. These varieties have been developed using simple selection based on specific character features of the plants.

The improved varieties of Wheat

The wheat varieties in general are characterized by higher number of ear bearing tillers, lengthy spikes, and more number of seeds per spike, hardy stem and high protein content.

The improved varieties of Paddy

The three varieties Kudrat 1, Kudrat 2 and Lal Basmati of paddy were developed from HUVR-2-1 and Pusa basmati varieties.  The number of days to maturity in cases of Kudrat 1, Kudrat 2 and Lal basmati varieties are 130-135 days, 115-120 days and 90-100 days respectively while the yield per acre of each (mentioned in order) is 25-30 quintals, 20-22 quintals and 15-17 quintals. The paddy varieties are having higher number of ear bearing tillers and more number of seeds per spike.

The improved varieties of Pigeon pea

The three Pigeon pea varieties, Kudrat 3, Chamatkar, Karishma were developed from Asha and Malviya 13 varieties. Kudrat 3 is a perennial variety while the other two are annuals. The number of pods per plant in cases of Kudrat 3, Chamatkar and Karishma are 500-1000, 400-600 and 450-650 respectively while the yield per acre is 12-15 quintals, 10-12 quintals and 10-12 quintals respectively. These varieties possess bold seeds, robust stem and more number of pods per plant.

The improved varieties of Mustard

Three mustard varieties viz. Kudrat Vandana, Kudrat Gita, Kudrat Soni have been developed by him using simple selection. The average seed yield of the varieties are 1430.52 kg /ha, 1405.24 kg/ha and 742.23 kg/ha with an average oil content of 42.30 per cent, 39.00 per cent and 35.50 per cent respectively. The special features of Kudrat Vandana is having higher number of seeds per pod and high oil content while for both Kudrat Gita and Kudrat Soni, it is the occurrence of bunchy pods and bold seeds. The mustard varieties have been evaluated at NRCRM, Bharatpur.

Raghuvanshi is an innovative farmer and has participated in a number of Kisan melas and agriculture fairs across northern India. He has distributed  seeds of his wheat varieties to the farmers of Varanasi, Allahabad in U.P, Jabalpur, Narsingpur, Khargaon, Indore, Bhopal, Ujjain in Madhya Pradesh, Raipur, Bhilai, Dhamtari in Chattisgarh, Jalgaon, Yawatmal, Amrawati and Pune in Maharashtra and Kota, Bharatpur, Dungarpur, Jaipur and Sikar in Rajasthan and Ahmedabad, Gandhinagar, Amreli, Sabarkantha in Gujarat and some parts of Bihar, Haryana and Punjab from where the reports and farmers’ feedback has been appreciable.

Encouraging feedback has also been received from farmers from U.P., Rajasthan, Punjab, Bihar and Haryana for his mustard and pigeon pea varieties. His new crop varieties have received appreciation in a Kissan mela (Farmer fair) and from Banasthali Vidyapith, Rajasthan, which tested his wheat varieties.

He has been part of the NIF’s informal Research Advisory Committee (RAC) for evaluating technologies for the Fourth Competition. Raghuvanshi also participated in the traditional food festival, Saatvik, organized by SRISTI-NIF in 2006, where he got good response for his varieties. He won a consolation award in NIF’s Fourth National Competition for Grassroots Innovations and Traditional Knowledge in 2007. NIF has filed applications under the PPVFR Act 2002 for his wheat varieties Kudrat 7, Kudrat 11 and pigeon pea variety Kudrat 3.

He has also been supported financially to the tune of Rs. 1,90,000 under the Micro Venture Innovation Fund (MVIF) for nursery development, cultivation and scaling up manufacturing channels for his improved varieties.

All the hard work that he does in developing improved varieties of different crops is based on a single simple premise. He wishes that every farmer should have access to good quality seeds of higher yielding varieties of crops so that it is beneficial for the farmer and for the country as well.