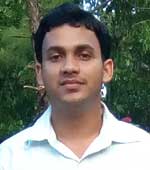 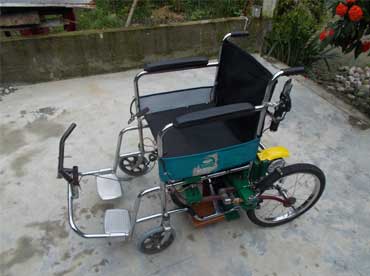 Being the youngest of three sons, Navajit’s had a pampered childhood. He recalls having a radio as their pride possession then. The radio was the new big thing in the village and it brought the community together on countless events. Navajit’s father was particularly fond of their radio. He would take it everywhere and after a tiring day in the field, he could be found relaxing in the courtyard while listening to the radio. Navajit recalls that when he was quite young, once his elder brother had switched off the radio when their father was humming along with a song being played on it. This had angered hum much and in a fit of rage he had broken the radio. His brother who had a knack for tinkering with things somehow managed to fix the radio but the broken side panel could not be completely repaired.

Every time someone visited Navajit’s they would always notice the broken radio and inquire about it. Soon, many in the village started consulting Navajit’s brother to fix their radios whenever a problem arose. The village did not have electricity then and a radio, being an object for entertainment and also listening to the news, mattered a lot. His brother soon mastered the art of fixing the radio and while he worked on the radios, Navajit keenly watched his brother from a distance as he was not allowed to touch anything. Later his brother left home to join his duty in CRPF but not before warning Navajit not to meddle around in his workshop. However, the first thing that Navajit did was to enter the workshop and dismantle everything in his eyesight. Curious by nature, he would open electronic parts and try to configure different mechanisms. Playing around in the workshop soon turned out to be his hobby and he started mastering the art of fixing things just like his older brother.

The villagers being unaware of his brother’s job would still bring broken radios to their house. Many returned disappointed, however Navajit’s first customer trusted him. Navajit fondly recalls the first radio he ever fixed and when asked the fee he took five rupees and bought a big packet of snacks for himself. Soon Navajit became the new radio mechanic in the village. Initially he made mistakes, which he corrected eventually as his experience grew. Through numerous trials and errors, Navajit with time excelled in fixing TVs, Tape recorders, Inverters etc.

The Social Innovator: Navajit Bharali, who has been quite innovative since a very young age, is currently pursuing his postgraduate studies in philosophy (his submission to NIF was received when he was in his first year of bachelors in arts). He mentions that when it comes to machinery, he can capture the functioning with a photographic memory. Always inquisitive, he cannot rest until he finds out solutions of any problem. Navajit considers his family to be the biggest support. He owes everything to his mother who has always supported him emotionally and financially through her small savings. She realized his passion at a very young age and no matter what always encouraged his creativity.

Modest by nature, Navajit believes that everyone should have a decent standard of living. According to him, people in the peripheries of the society need to be uplifted and everyone should progress equally. He is a compassionate human being, who thinks in depth and tries to perceive any situation from another’s point of view. He cannot tolerate other’s misery and wants to find ways through his creativity to help the economically weaker section.

Navajit hails from a remote region in Assam where silk weaving is a traditional practice and every household has looms. His first innovation was in standard 6 when he developed a reeling and spinning machine. His innovation was triggered by his mother who is primarily involved in weaving along with her daily household chores and farming activities. Navajit noticed that the process of reeling silk is time consuming which gave her minimum time to work on other household activities. Being attentive he realized that during the reeling process, winding one bobbin manually took one hour. To simplify this tedious process, he tried replacing the DC motor from his tape recorder. A simple experiment resulted in a remarkable output where winding one bobbin only took 4 to 5 minutes. In about 40 minutes a dozen of bobbins could be prepared. His first modification was to make it automatic, so that the reeling process becomes independent. He imitated the rotating mechanism of the fan to make the reeling machine hands free. He first made different versions of spinning and reeling machine for muga silk, eri silk and the normal silk. His simple machine helped in reducing the work load and time of women in the village.

By the time he was in standard 12, he made 5 machines which included 2 spinning machine, 1 reeling machine and electricity disconnecting machine. Slowly his reeling machine started getting media coverage where his innovation was celebrated by various media outlets. However, popularity only started to irk him. Envious of success, people in the villages started ridiculing him and insulted him and mocked him as the scientist who copied everything. When, his own village who he wanted to help started attacking him, Navajit was disheartened and he stopped working on any new innovations. Users at Sualkuchi (Kamrup, Assam), famous for silk work, have also found his machine useful in trials. Presently, the machine is being value added at IIIT Manipur with support from IIT Guwahati and National Innovation Foundation.

Electronic Chair Bike: After a long struggle, Navajit finally felt motivated when he came in contact with Honey Bee Network. He received the encouragement that was missing from his life and very soon he started working on his next innovation; Electronic Chair Bike.

Navajit is a social innovator, whose innovations are mainly to aid people in need. Once while visiting the local market in his district, he spotted a differently abled man who was trying to cross a road with the help of a wooden plank attached to wooden wheels. The sloppy road obstructed his movement and the wooden wheels got trapped in a pit. He noticed the man was in distress as he was blocking the traffic and was being taunted by impatient passersby. This incident was followed by a charity event on disability where tricycles were gifted to the differently abled people. Here, Navajit observed that people with disability had makeshift arrangements to move around such as rolling on the ground to travel, use of rubber tubes as bandages to avoid accidents, wearing sandals in their hands to travel etc. Not all could use the tricycles and seeing them leave empty handed deeply troubled Navajit. That is when he came up with the idea of an Electronic Chair Bike which can help people with disability travel. He made his first prototype for rupees 5000 using parts from kid’s bicycle. His first prototype was built with 3 wheels which obstructed smooth turning. With support from NIF, he developed an improved version with four wheels and only a slight body movement of the user (front, back, on either side) can control the movement of the chair. The maximum speed is up to 40 km/hour. Some parts of the chair are detachable, after which it can easily packed and carried. NIF has engaged IIIT Manipur to develop an improved version of the same.