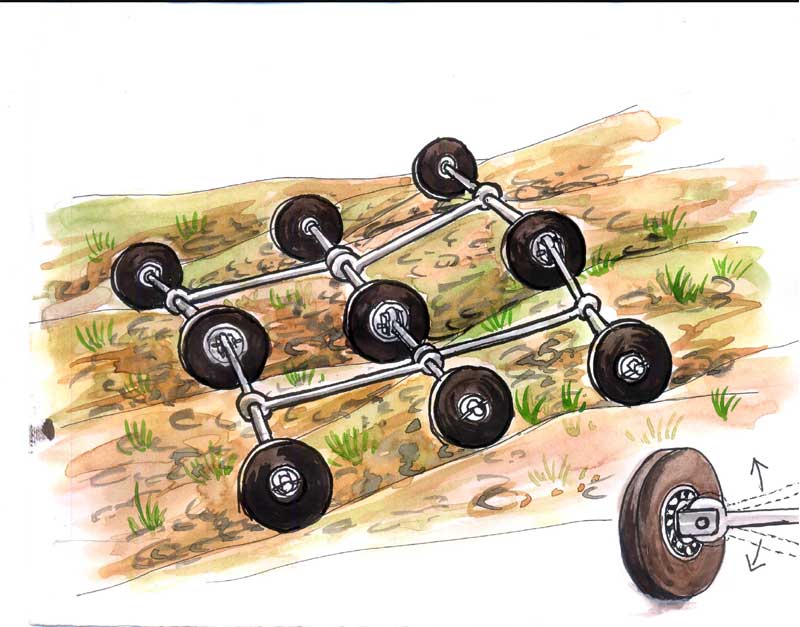 Three equidistant wheels on a single axle attached to two similar sets in different planes, allowing flexibility in movement with respect to each other. A compassionate idea aimed to alleviate the suffering of mountain dwellers.

During a casual conversation, mere mention of the difficulty people living in mountainous regions face in transporting goods, triggered a thought in Vidya’s mind to modify the traditional hill cart. This design came up after a number of iterations.