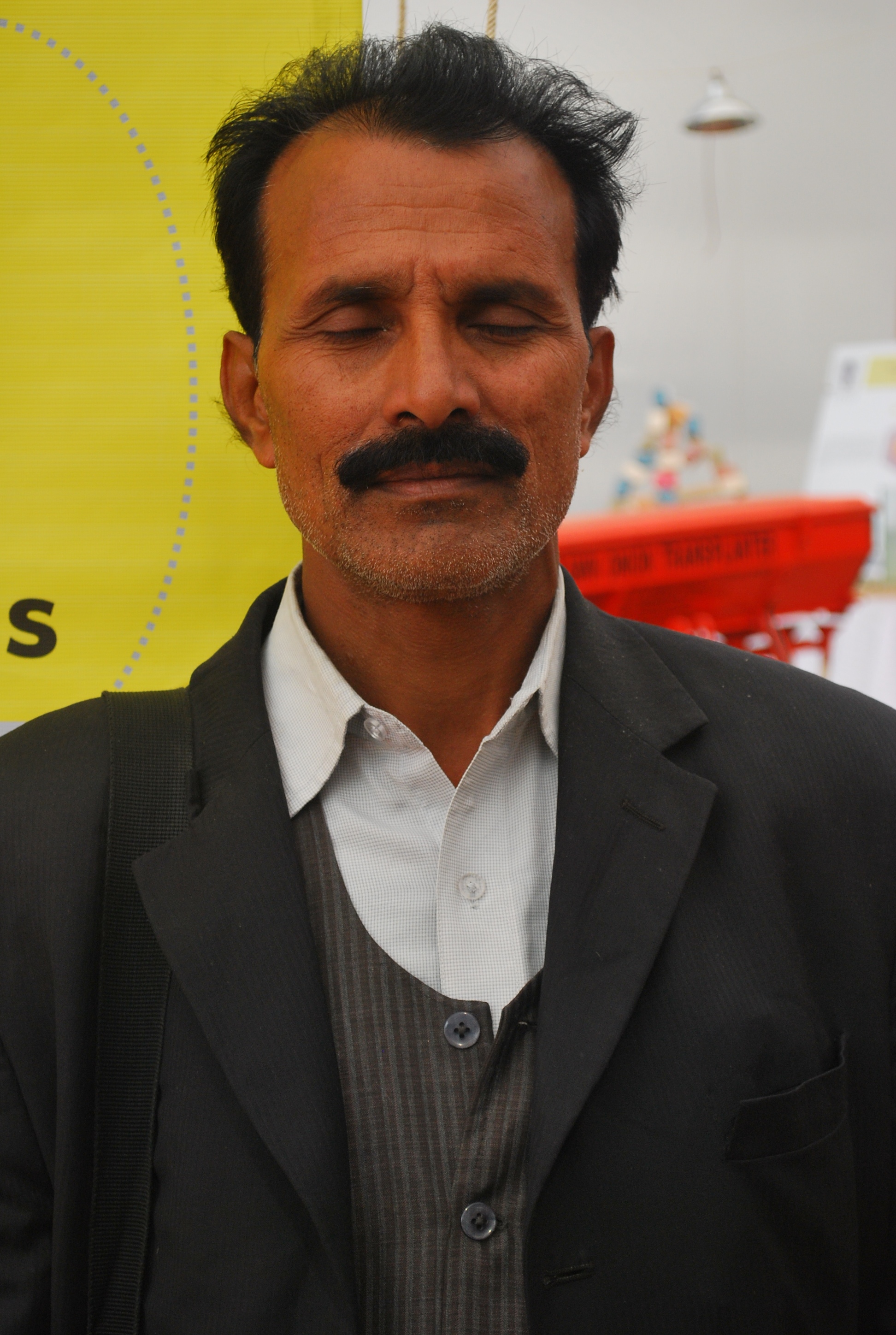 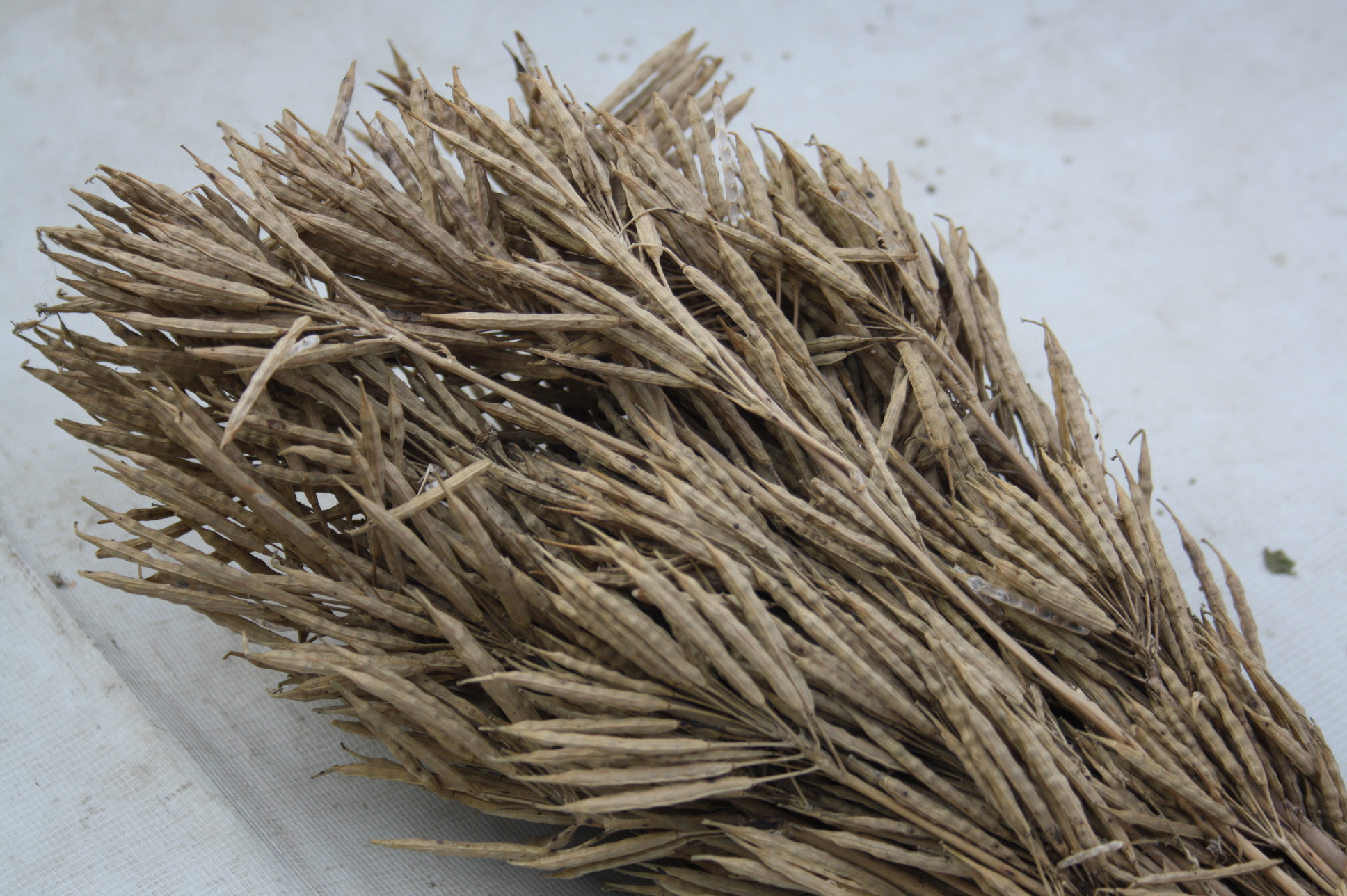 His village Tandiya is 30 km away from , Uttar Pradesh. It is a small village with about 60 households. Popular for its vegetable market, the villagers also grow wheat, barley, gram, mustard, chilly, pea, brinjal and barseen in the Rabi season while bajra, sorghum, paddy, tuwar, moth bean, green gram and groundnut in the Kharif season. The soil type is predominantly alluvial but due to occasional floods, the salt content has increased over time. Being close to , the infrastructure facilities are also better than other far flung areas.

Jai Prakash Singh’s father late Shitala Prasad Singh was a primary school teacher. In his family apart from his wife are his four children who all are studying. One of his brothers is a seed merchant in while the other, Prakash Singh Raghuvanshi is an experimental farmer. His three sisters are married. As a child he had keen interest in studies but could not continue after failing in class ten. It was the time when his elder brothers separated with their families and his parents could not support his education. Slowly, he got inclined towards agriculture and started experimenting in his fields. He now has 5 acres of land where he cultivates wheat, paddy, pigeon pea and mustard. Besides farming, animal rearing also keeps Jai Prakash occupied.

He recalls that his father, Shitala Prasad Singh, had obtained license from National Seeds Corporation Agency in the year 1989 for the sale of seeds. One farmer approached him to get good quality and high yielding seeds of wheat. That time government released UP-2003 variety was in their fields, his father advised him to purchase it. The farmer had a very good crop and was willing to pay higher amount the next year for the same variety.

This intrigued Jai Prakash and he started experimenting to develop improved varieties of various crops using the selection method in the year 1990. He started spending more time in the field to develop unique and higher yielding varieties of wheat and paddy. But suffering huge losses in the experimentation, in 1993, he had to go to () to earn his living. However, he returned after a year and restarted his research. Gradually, he developed his skill in the selection of varieties based on various morphological characters and disease resistance.

The varieties of wheat

The varieties of paddy

The mustard variety JP Vishwajit is aphid, white rust and shattering resistant. The siliqua (fruit) comes in bunch. This variety can be sown with wheat, gram and peas as an inter crop as well. The variety matures in 100-110 days, bears 1000-1200 pods per plant and yields 6-7 quintals per acre.

The varieties of pigeon pea

Apart from the above varieties, he is also developing a variety of Bel (Aegle marmelos), in which fruits come in bunch (8-10 fruits), and variety carries less number of seeds in fruit with appreciable improvement in taste.

Jai Prakash has distributed seeds of high yielding wheat and paddy varieties to the farmers of Maharashtra, , Haryana, Madhya Pradesh, Uttarakhand and Uttar Pradesh from where the reports and farmers’ feedback have been encouraging.

The varieties of wheat and paddy have attained wide popularity in the northern and central states of and are grown in different regions of the states of Bihar, UP, MP, and Haryana. A farmer, Babban Singh from Bhojpur, mentions that the wheat variety (JP 33) is very good for unirrigated regions. It is tasty and protein rich. JP 61 matures in 120-130 days and gives a yield of 20 quintals per acre. He states that the pigeon pea variety (JP 9) is not eaten by the blue bull; it is tasty and protein rich. Another farmer, Ganesh Choudhary from Harda, Madhya Pradesh mentions that the wheat varieties are high yielding and good for the farmers. Raj Bahadur Singh, of Kaimur district, produced 2000 quintal of wheat in the last season.

Participation in agricultural fairs and recognitions

Jai Prakash has participated in a number of Kisan melas and Agriculture fairs across northern . He learnt about NIF in 2000 when he participated in a farmers’ fair at of Agricultural & Technology, Faizabad, Uttar Pradesh. For his efforts to develop plant varieties, he received a consolation award in NIF’s Second National Competition for Grassroots Innovations and Traditional Knowledge Practices in 2002. He also got a regional award from and NDUA&T, Faizabad.

NIF, in August 2009, provided financial support of Rs. 2 lakhs to Jai Prakash through Micro Venture Innovation Fund (MVIF) for promotion of two of his high yielding wheat varieties (JP33 and JP52). A VARD grant of Rs. 36,200 was provided earlier through for experimentation and on-farm validation of five wheat varieties in July 2009. The filing of applications for his wheat varieties under the PPVFR Act 2002 is under process.

The journey so far

Jai Prakash Singh finds agricultural research a very joyful and interesting engagement. However, he believes that the lack of sufficient resources and support from formal research institutes are the major hindrances for innovative farmers like him. He remembers the contribution of his wife in preserving and taking care of the seeds of wheat, paddy, pigeon pea and mustard, selected by him. She also helped in various other farming activities and in his absence took care of the all the responsibilities.

There have been times when the seeds of his varieties were stolen by others. At other times his crops were damaged by animals due to the lack of a boundary wall around his farm. He had to survive in tough financial conditions and fight depression. In all the ups and downs of the life, his wife and children have supported him thoroughly.

He desires to establish a seed farm where he will be able to produce good quality seeds in large quantity at affordable prices.