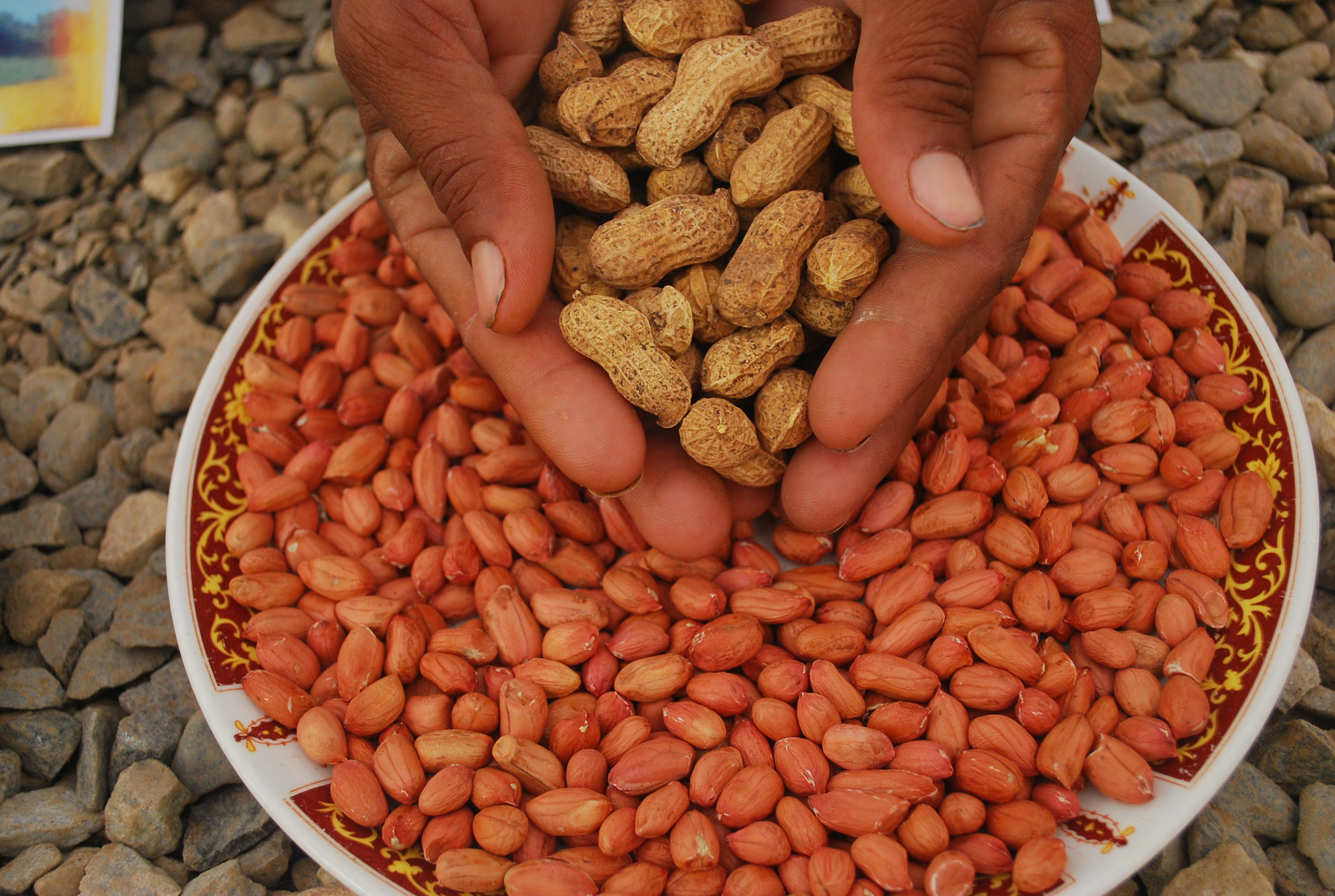 Dhirajlal lives in a joint family with his mother, wife, children and the families of his two younger brothers. Due to his father's ill health and financial constraints, he had to leave studies after class tenth and take charge of the family's 50 bigha land and the cattle. With five wells and a bore, the land is well irrigated where the family grows groundnut, cotton (BT and Shankar varieties), sorghum, wheat and vegetables. Sorghum is grown primarily for the cattle and vegetables for own consumption. His village, with a population around 2500, is predominantly agriculture based where the farmers mainly grow groundnut, wheat, sorghum, pearl millet and cotton

Groundnut production is the major source of income for their family. The disease of wilt, locally known as Sukado, is responsible for the reduction in groundnut yield. In the year 2004 he had sown GG-20 groundnut variety in his field. The whole crop got infested with the stem rot disease resulting in wilting and almost complete failure of the crop. However, he identified a few plants, which were not affected by this disease. Believing that these may have some inherent property that makes them stem rot resistant, he harvested and kept the seeds of these plants separately. He sowed the seeds separately in the next season and continued the screening and selection for three consecutive years. Finally he obtained the plants, which were free from stem rot and wilt as a result of it.

'Dhiraj 101', the new variety of groundnut, selected from the GG 20 variety is early maturing and is resistant to wilt due to stem rot.

To promote the growth, Dhirajlal, used only herbal pesticide for the control of insect pests and diseases. The formulation that he used was prepared using Limda (Neem), kidamari (Dutchman's Pipe), tulsi (Holy Basil) & akda (Swallow-Wort). Dhirajlal has distributed seeds to some farmers in Amreli, Rajkot and Bhavnagar districts of Saurashtra region in the current season. A few of them have given their feedback mentioning that the variety is free from wilt and rust diseases, also giving higher production than the GG20 variety. They add that it has relatively stronger pegs/pods, which remain at a lesser depth than the GG20 variety in the soil.

NIF facilitated the field trial of 'Dhiraj101' at the Oil Seed Research Station, Junagarh where the report was very positive. The report mentions that it is resistant to stem rot also and its production is 1.5 times more than the variety 'GG-20'. Also that it performs well even in average monsoon and less irrigation facilities. This variety matures eight to ten days earlier than the GG-20 and also has average oil content more.

Dhirajlal is an avid reader and also writes articles about environment, pollution and social problems in regional news papers apart from stories and dramas. He also participated in the Akashwani Krushi Shiskhan Programme, 2000 at Akashwani and Prasar Bharati, Rajkot. He has also inherited the knowledge about rain forecasting from his father, about which he has written quite a few times. He Understanding the importance of education, he makes sure that the children of the family study and not spend too much time in the fields. They are, however, free to assist in the field during their spare time.

He has received quite a few awards for his innovative efforts in the field of agriculture. Dept of Agriculture & Cooperation, Gujarat Government gave him the Sardar Patel Agricultural Research Award (2004) for developing a bicycle based agricultural implement as well as for pest control practices. He has also received appreciation certificate from Sanatan Dharm Sewa Trust, Thumarwadi for weather forecasting and various agricultural innovations (2003). He has also been participating in different agricultural training programs from time to time. He has attended the Training for Balance Nutrient Management in Agriculture sponsored by International Institute of Potash-Switzerland from Gujarat Agricultural University, Junagadh; Yuva Khedut Talim Programme from GSFG Ltd (1998) and participated in the Agricultural and Rural Development Programme by Akashwani Krushi Shikshani, Rajkot in 1994. Recently he has also been nominated for an award of Rs 1, 00, 000/- from ASPEE Foundation, Mumbai for highest cotton production in his Gujarat and his talent of rain forecasting. In 2008 he was also awarded by the Chief Minister, Gujarat for cultivation of "Kaju" and high yielding wheat (JWD366) variety. He was also felicitated by SRISTI in 2006 for "Sthanik samasyano ukail taymaj havaamaanni jaankari" (Solution of regional problems and weather information). He also regularly organises a Shivir (camp) for nearby farmers to meet and discuss various aspects of farming.