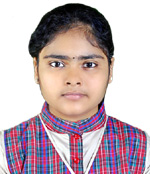 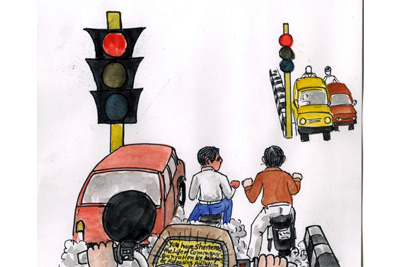 “Most of the times, while travelling, people do not care to turn off the car’s engine when at red light or short halts. This releases harmful pollutants in the air and wastes fuel. So, I thought of ways in which this could be prevented,” says Priyanka. She suggests that whenever a vehicle’s engine is idling, a message/alert should be displayed next to the odometer. The space near the odometer could be used to set up a digital screen which would display a warning message and trigger the rider’s conscience. The messages could be: “You have spoilt two years of a child’s life” or the like. The number of years may be calculated by estimating the amount of pollutants released during that interval of time).

Priyanka plans to suggest this idea to various vehicle manufacturers. She wants to become a doctor and considers Dr A P J Abdul Kalam to be her biggest inspiration.