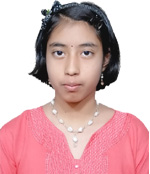 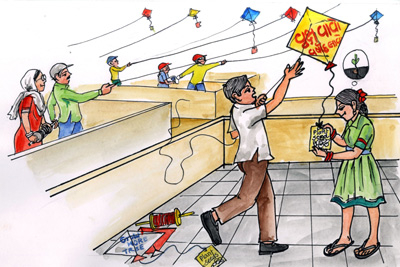 “We spend our life waiting for the ideal path to appear in front of us. But, what we forget is that paths are made by walking, not by waiting,” remarks Manodnya. She talks about the kite-flying tradition during the Makar Sankranti. She points out that the thread (manjaa) used for flying kites is razor sharp and poses dangers to birds and two-wheeler riders. She thought of an alternative kite which can be attached to a harmless cotton thread and also act as a carriage of seeds.

The design is simple. Two or more straws filled with seeds are fixed near the vertical axis of the kite. The mouth of straws should be closed with paper knobs, which will automatically release due to heavy high-altitude air flow. The kite soaring high in the sky would help in dispersal of seeds in inaccessible areas. She experimented the eco kite with tulsi seeds and her experiment was successful.
Manodnya has created a tiger crossword too, used for educational awareness about the national animal of India. She is interested in environmental innovations and has achieved two national records and two world records for the same.