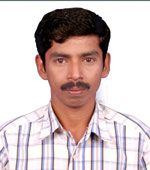 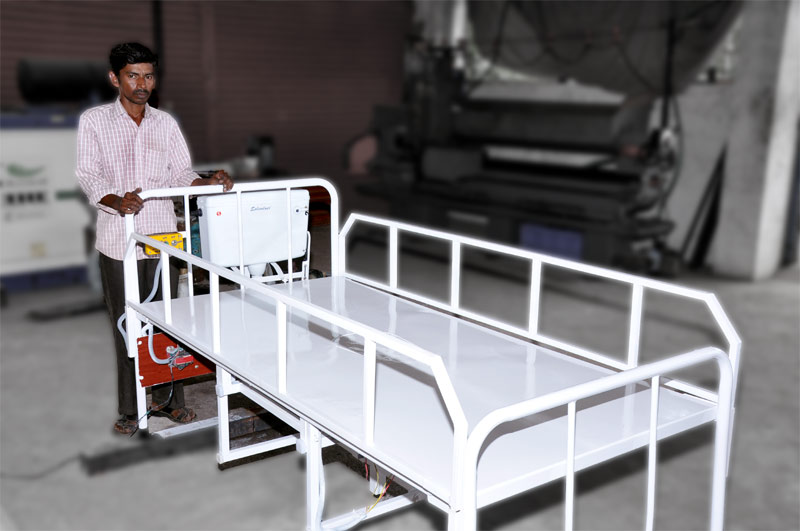 Saravanamuthu (40), who owns an engineering workshop, lives with his wife and two children. Son of a car mechanic, he started tinkering with car parts early in his life and later started repairing and modifying cars. He now helps students in his area in machining and fabrication work related to their projects.

Sometime back his wife had to be operated upon due to which she got bedridden for a considerable amount of time. During this time, she always needed assistance for using the toilet, which was at times stressful and embarrassing for her. This made Saravanamuthu develop a bed with an attached toilet pot, which could be used by his wife to relieve herself, without being dependent on anyone.

The cot is fitted with a 12 V battery to operate two gear motors, for moving the attached toilet pot vertically and sideward. A remote operated flushing system for the pot has also been incorporated, which makes it easy for the user to flush after use. Saravanamuthu spent about Rs 35,000/- to build this cot with the toilet system.