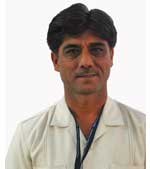 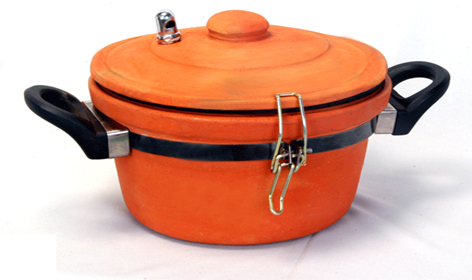 In the earlier ages people used and preferred clay utensils which retain natural taste. Nowadays such utensils are not available in commercial market on a large scale. They are only available in rural areas manufactured on a small scale by local potters for preserving curd etc, and not for cooking. Innovator solved this problem by developing an innovative clay cooker.

It is a cooker made from special clay with a capacity of 3 litre. The cooker has been made using die and press machine followed by baking in furnaces at high temperature which makes it sturdy and durable.
How to Use: After completion of making food using Cooker, please do not put cooker directly on the floor or kitchen top, but put cooker on the stand. When washing the cooker first take out all the food from the cooker and fill it with water; and then leave it for 10 minutes before washing. Please use soft brush only for washing.

Innovator has been awarded in NIF’s Fifth National Competition for Grassroots Innovations and Traditional Knowledge in 2009. He has been also selected by FORBES in their list of most powerful seven rural Indian entrepreneurs whose inventions are “Chan