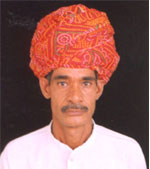 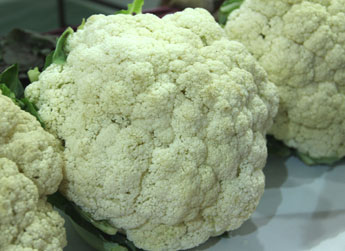 Jagdishbhai, 63, has pursued several other professions before taking up farming as a full time profession. The variety of cauliflower developed by him is very different from the normal ones. He has grown it without any chemical fertilizer and pesticides. He got this inspiration from his maternal uncle who follows organic farming at his farm. Shri Jagdish bhai has won number of prizes and awards. In 2000, he was awarded the SRISTI Sanman. The Limca book of record (LBR) after reading about the honour given by the Honey Bee Network, included his innovation in the previous edition of LBR.

He has developed a new variety of Cauli flower called "Ajitgadh - selection". It is very different from normal or other Cauli flower. It is not affected by the changes in the hot temperature. And the onset of insect and disease is also less.

In 1970 when the farmer went to Jaipur to purchase he saw saplings of Cauli-flower in a farmers farm. He got some plants and planted it hear a well. Some of the plants were significant, in a sense they had white fruit, which was big as compared to other fruits available. So he took seeds from his choice of plant and sowed it. Thus he does this since 25 years. And now he has seeds giving 12-kilo Cauli flower.

He takes seeds from the former year plant and grows the saplings. The plant needs to be sowed again after 20-22 days, which are of 3 inc. There is a gap of 1.5 foot between two furrows and 2 foot between two plants.

As per the growth of plant, every third day water is given. He does not use chemical fertilizer. He uses his own manure for this manure. a pit of 10 x 6 x 3 foot is dug. In the 10cm. space the left out of animal is spread and on it, 25cm dung is spread. On this dung 10cm. leaves of Neem and Calotropis layer is spread. In this way the pit is filled required water is spread and the pit is made humid up and down with spade. After 3 month the manure gets ready.

In Cauli-flower, worms develop, which cuts the leaves to control it 250 gm blue vitriol one kg ash and 250gm lime is mixed and powdered. Them it is kept on a support and is blown in the crop with the help of a pipe this 1.5 mixture is enough for 1 hector of crop. In Cauli-flower during humid and cloudy condition, it gets kali chant disease. To protect the crop from this disease the Cauli flower is covered with its leaves.

The farmer has electricity problem and also in household people does not buy this much flower. It is used in hotels and big organizations. He wants to patent his variety.

After noticing some significant cauliflower plants, innovator got them planted in his farm and got marvelous results. Slowly it became a practice, which continues for last 30 years making it a LIMCA BOOK RECORD HOLDER for its unbelievable size.