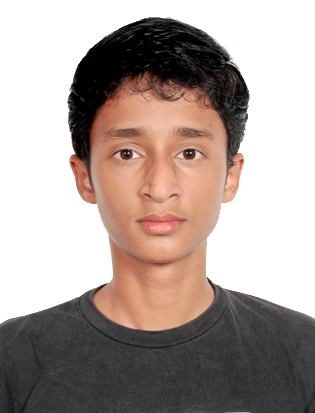 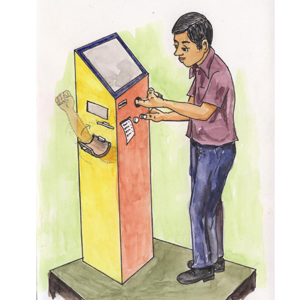 Akshay’s idea for the Bhama auto diagnosis machine came from his own personal experience of falling ill with viral fever and trying to do self medication which did not work. He had to eventually consult a doctor. He had to pay a fee of Rs. 800/- for the consultation and said, “ paying so much fees pinched my pocket as I come from a middle class family. if I felt this way millions of others may be feeling the same way too. I started thinking outside the box and came up with this idea of the auto diagnosis machine.” The way the machine works is like an ATM machine. The person has to stand in front of it and it asks you certain questions like a doctor would during a consultation and then runs the required tests. This way it can diagnose the problem the patient is suffering from and prescribe medication accordingly.

He believes that there are a lot of funny things to do in life and wants to pursue them. He has been training in classical Bharatnatyam since the 4th standard. He plays the synthesiser and guitar as well. He loves solving crime scene investigations. He also plays football and represents his school at the national level and swims and plays snooker as well.

He is yet to share the news that he is an awardee at IGNITE with his friends and classmates as he is waiting for his innovation to first get patented and then plans to tell everyone.

But his parents were worried that he was not paying enough attention to his studies.

Akshay also clarifies that he is not trying in any way to replace doctors and that the machine does in fact carry a risk factor. He says that this service is more for rural areas where doctors may not be available. The second hurdle he faces is the criticism from doctors. But he takes it positively by saying, “The more criticism I face the more crisp and precise I could make the device”.

The third hurdle he may face are medico- legal problems. He shared that recently a telecom company had come up with a service wherein you dial a certain number and it connects via voice call to a doctor where you can put in your symptoms and you will get the diagnosis. Akshay proudly shared that he was told by someone that his innovation was ten steps ahead of this technology.

Akshay says, “In the year 2025, Indian Space Research Organization shall be sending a manned space craft to the moon. My aim is to hoist the tri-colour flag on the surface of the moon one day”.