Home / Profiles / The Amphibious Bicycle and Other Technological Contributions 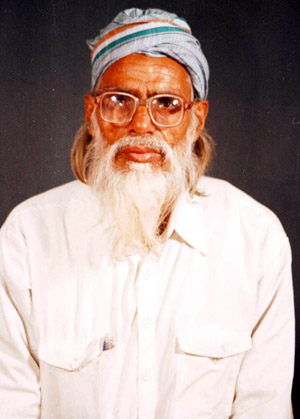 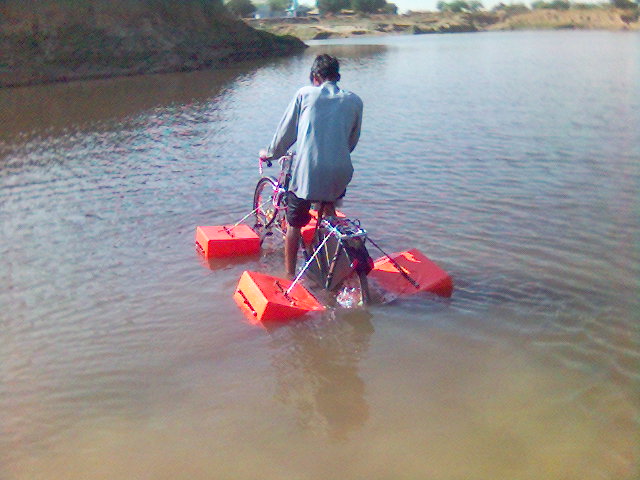 Mohammed Saidullah grew up in a small village called Jatva-Jeneva (Purvi Champaran) of Motihari district, Bihar. His father Shaikh Idris was a farmer and a Congress village leader during the time of Independence. Saidullah has studied up to the tenth standard in Ramsingh Chatuani in Gajpura but could not complete his studies due to personal reasons. He married Noor Jahan in 1960 and has three children - two daughters and a son. He is 60 years old and a devout Muslim and proudly claims that he has only asked for help from Allah and no one else. Self respect and self development are two tenets of his character and he is a very compassionate man who often helps out friends who are in financial difficulties.
His love for his wife is so evident that every innovation of his has been named after her. Thus we have the “Noor bicycle”, the “Noor Rahat” electric power house”, the “Noor water pump” etc. Mohd. Saidullah lives with his daughters in Mathia deah village in Purvi champaran (Motihari). Unfortunately his love for innovations has been at a personal price as his son is estranged from him and is demanding land and money but Saidullah has sold all of his 40 acres of land in pursuit of his innovations and his generosity.
“An inventor’s mind should be free; not bound with conditions”- a belief that has fuelled Mohammad Saidullah’s passion to develop multi-functional products such as the amphibious cycle, the mini tractor, key operated table fan, fodder cutter-operated mini water pump and others. He draws inspiration for his innovations from his experiences in life. His innovations include amphibious bicycle, Mini tractor, Spring loaded cycle, Fodder cutter operated Mini water pump, Key operated Table Fan, Conserved Energy operated bicycle and Mini turbine for electric generation. He has also a designed a magic painting, that shows the picture of eminent leaders like Lal Bahadur Shastri, Pt. Rabindranath Tagore and Subhas Chandra Bose.
Apart from these innovations, Saidullah nurtures two ideas in his mind. One is to develop a mini electric powerhouse which he has already named “Noor rahat”. This would produce electricity to operate at least two fans and two bulbs. The cost of developing this would be Rs.50, 000/-. The second idea is to develop a helicopter, which would cost Rs. 25 lakhs. Most of his innovations have the name ‘noor’ in them. This is to revere the memory of his late wife whose name was Noor. This inspires him to innovate over and over again.
The genesis
The state of Bihar is prone to floods. In 1975, there was a big flood in Champaran which lasted for about three weeks and Saidullah had to cross the river to get provisions. To cross the river he used a boat and in the city he used a bicycle.
Then it struck him that if he could make the bicycle float on water as well as move on land it would save money. Within three days, he had developed such a bicycle. This amphibious bicycle is also known as “NOOR Bicycle”. Using this cycle he crossed the Ganga from Pahelaghat to Mahendrughat (Patna). Initially he spent Rs.6000/- on the development of the floating bicycle. But now he says he will be able to build it at a cost of Rs. 3000/- .