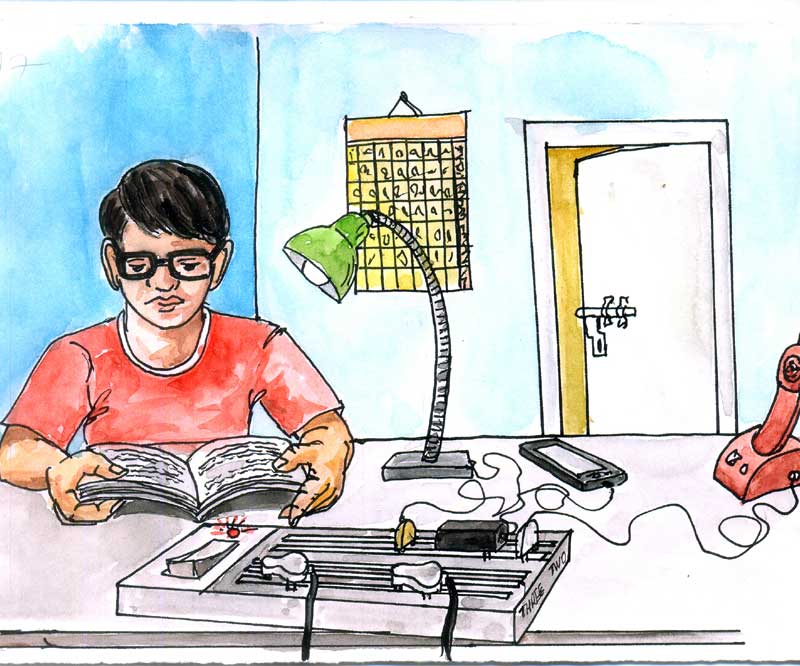 Electricity extension board without plug points so that one can put any type of electric plugs wherever space is available.

‘I do not want to live with the problems, I want to solve them’, mentions Tenith when asked about the trigger for this innovation. He used to spend time in scientific experiments and needed a good number of electricity plug points to run various devices at a time. For this he had to use a number of extension cords/ power strips. To address this issue he came up with his own extension board, which enabled him to plug-in multitude of plug points with ease. He is an avid computer buff and has two Guinness World record attempts to his credit viz. most software and games created at youngest age (8 games and 5 software at the age of 12 years) and world’s longest running computer program (Power mind, which can run for 570 years at the age of 13 years). His hobbies are collection of coins, antique, currency notes and rear pets. In his collection he has over 5000 coins and 250 currency notes. He also claims to be a bird tamer and enthusiastically participates in science expo, chess tournaments, essay competitions, debates, painting and drawing competitions etc. He is a serial innovator and has a number of innovations to his credit. He wants to be an inventer and develop inventions that make life easy for the people. He mentions that he works late till night on his projects and many times misses his classes in the morning as he often gets late. He recalls once during a chemical experiment, he had inhaled dangerous fumes, after which he had to be hospitalized. But even at the hospital bed, he had this to say to his parents, ‘Science needs sacrifice’, which frightened his parents so much that they never allowed him to work with chemicals thereafter.