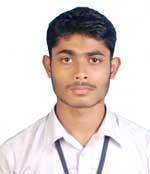 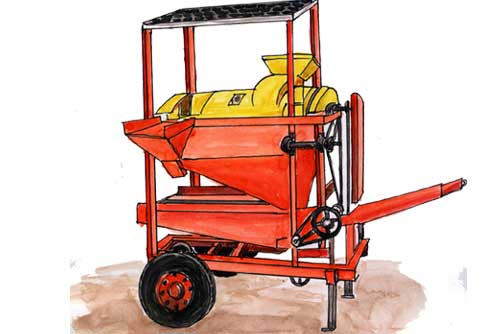 Dipankar has developed a device for efficiently threshing matured pulses and grains such as green gram, black gram, arhar and horse gram, without using electricity or fossil fuels.

Dipankar used to watch his parents, who are sharecroppers, struggle every day in the farms during harvest season. His sister and parents used to have a tough time harvesting the pulses manually and could not afford a threshing machine or channel electricity to the fields. This inspired him to create a solar thresher that is expected to help Indian farmers save time on threshing and use the wastage as bio- manure in the field.

In 2013, he had developed a low cost paddy (unhusked rice) dryer, which was selected for a state level exhibition. "I have been working on the prototype for the solar thresher for a year. I want to make more farming equipment for my family to make their life easier. We must learn how to channelize our knowledge to real life application," says the 18-year-old whoused to study from 7 pm to 11 pm and work on his prototype tillearly in the morning.

"One thing that I fondly remember during making the machine was when my mother used to wake up at around 3 am and find me working on the model. She would insist that I eat something and getsome sleep. Today, she is extremely happy that all my hardwork paid off," says Dipankar, who wants to become a mechanical engineer or a designer of low cost machines.Dipankar is studying in class 12 with Physical Education as the main subject. When he is not studying, he helps his parents in the farm or prefers making different science models.