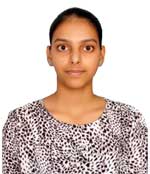 An idea to have a colour coding scheme in thermometers to indicate fever level.

"This makes the task of reading temperatures easy for those who are not educated," says Jaspreet, whose father is an ASI withPunjab police while her mother is a homemaker. She has four sisters one set of elder twins in class 12 and another set of younger twins studying in class 4.

"I want the thermometer to reach as many people as possible. My classmates are so supportive that they told me that once the thermometer is manufactured, they will buy it in bulk and distribute it," says Jaspreet, who scores above 90 per cent in all subjects.Her hobbies include painting, singing and listening to patriotic songs.

"In life, whenever I get rejected for something good, I am actually being redirected towards something better," says Jaspreet.