Home / Profiles / Self driven tricycle for the Blind 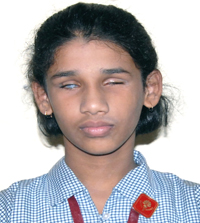 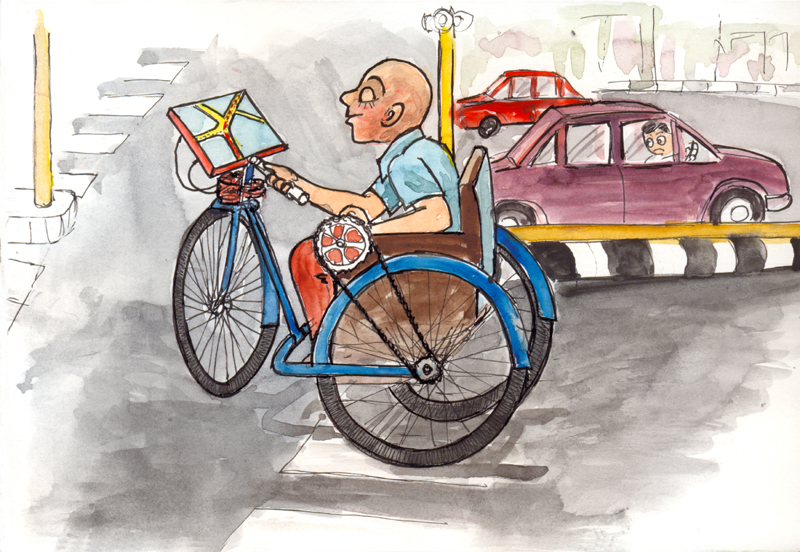 A computerized tricycle that can drive itself to a pre-selected location without supervision. It is ideal for the visually- challenged.

One night, 10-year-old Rashmi had a strange dream. She saw that her mother was sick and needed a doctor immediately. But it was pitch dark outside and she could not see the way. She then remembered counting the steps and their direction in her previous visits to the doctor’s house. In her dream, she used this memory to fetch the doctor.

The next morning, Rashmi clearly remembered the dream. It fascinated her because she was blind since birth and was not allowed to go outside alone. She got excited thinking of a vehicle preprogrammed to remember different routes. It could use an inbuilt navigation and audio system to drive itself to the correct destination.

She shared it with her mother who loved the idea. Her elder sister, Divya, helped her put it down on paper and sent it to NIF, where it won the IGNITE award.

The day after Rashmi was born, the attending doctor told her parents that she would not be able to see the world. They were shattered. Acceptance came gradually, and with it started the difficult process of adapting. With help of a social sector organization, Rashmi and her family learned how she could lead a full life despite her blindness, and how they could help out. Her mother especially was a strong support who wanted Rashmi “to enjoy life and believe that in spite of blindness, she can still achieve whatever her heart desires”.

But it was not easy. Her mother wanted her to live a normal life, and she thought that Rashmi should study in a regular school. However, the teachers were skeptical. “When Rashmi first joined this school, teachers had doubts of her ability to cope in a normal school. Some even suggested that she go to a blind school. But after winning IGNITE, those same teachers are now appreciating and feeling proud of her,” her mother adds.

Rashmi also shares something similar. “My parents always tell me to believe in myself. But it does get difficult. I study in a regular school. I have to work harder to compete with children who don’t have my handicap. So winning this award felt really special,” she says with a smile on her face.

Other schools in the area have also invited her to talk to their students about her innovation. Encouraged by her success, she is now working on other ideas to help the visually impaired. Since she studies in a regular school, she struggles to convert assignments from Braille to normal text before submission. She explains, “I first write my assignments in Braille, which are then rewritten by my mother in regular text. Not only is it tedious, but what the teachers finally see is not in my handwriting.” She wants to make a pen that can convert characters in Braille into regular text directly on paper as she writes.

Rashmi loves hanging out with her large group of friends at school. She likes to sing and is always ready for a good game of ‘antakshari’. She is very close to her elder sister and confides, “I can’t live without her and she can’t live without me.” Of course, this sisterly love does not prevent fights erupting over what to watch on TV!

Always ready to experience new things, she recently went river rafting and also participated in a short training programme on mountain climbing. “We learned how to negotiate a path called the ‘Tenzing Walk’. It was scary at first, but turned out to be an amazing experience,” she shares excitedly.

Dreams for the Future

She wants to be an officer in the Indian Administrative Services (IAS) because “I like to help people and this career gives a chance to really do something for others.” And of course, she looks forward to the day when her idea of a pre-programmed wheel chair comes true because she believes “today’s dream is tomorrow’s reality!”

Note: NIF facilitated development of a proof of concept by students of Dhirubhai Ambani Institute of Information and Technology (DA-IICT). This was demonstrated in front of Dr. Kalam during the IGNITE 2010 award function. NIF has also filed a patent application (1243/KOL/2010) on Rashmi’s behalf.