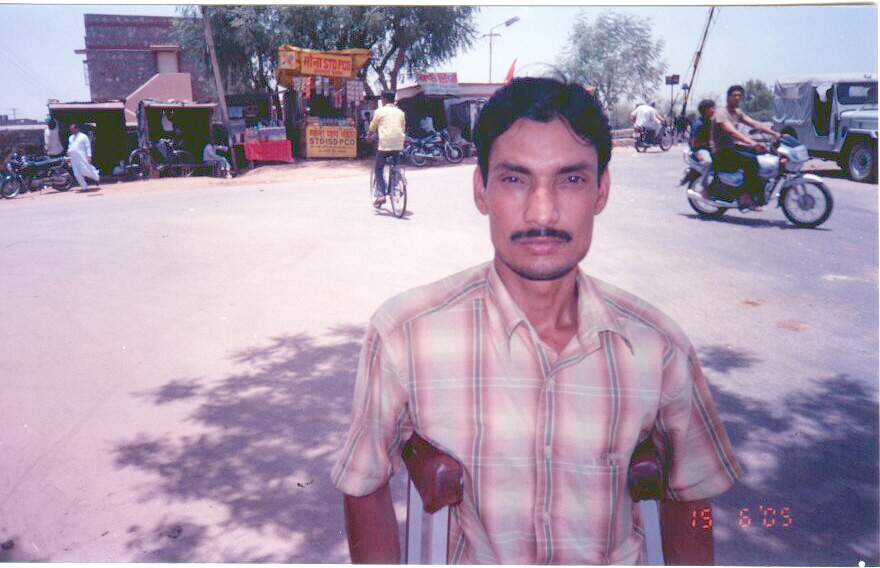 Price :   About 30000/- (ex-factory price + packaging). The price does not include transportation costs, taxes, etc 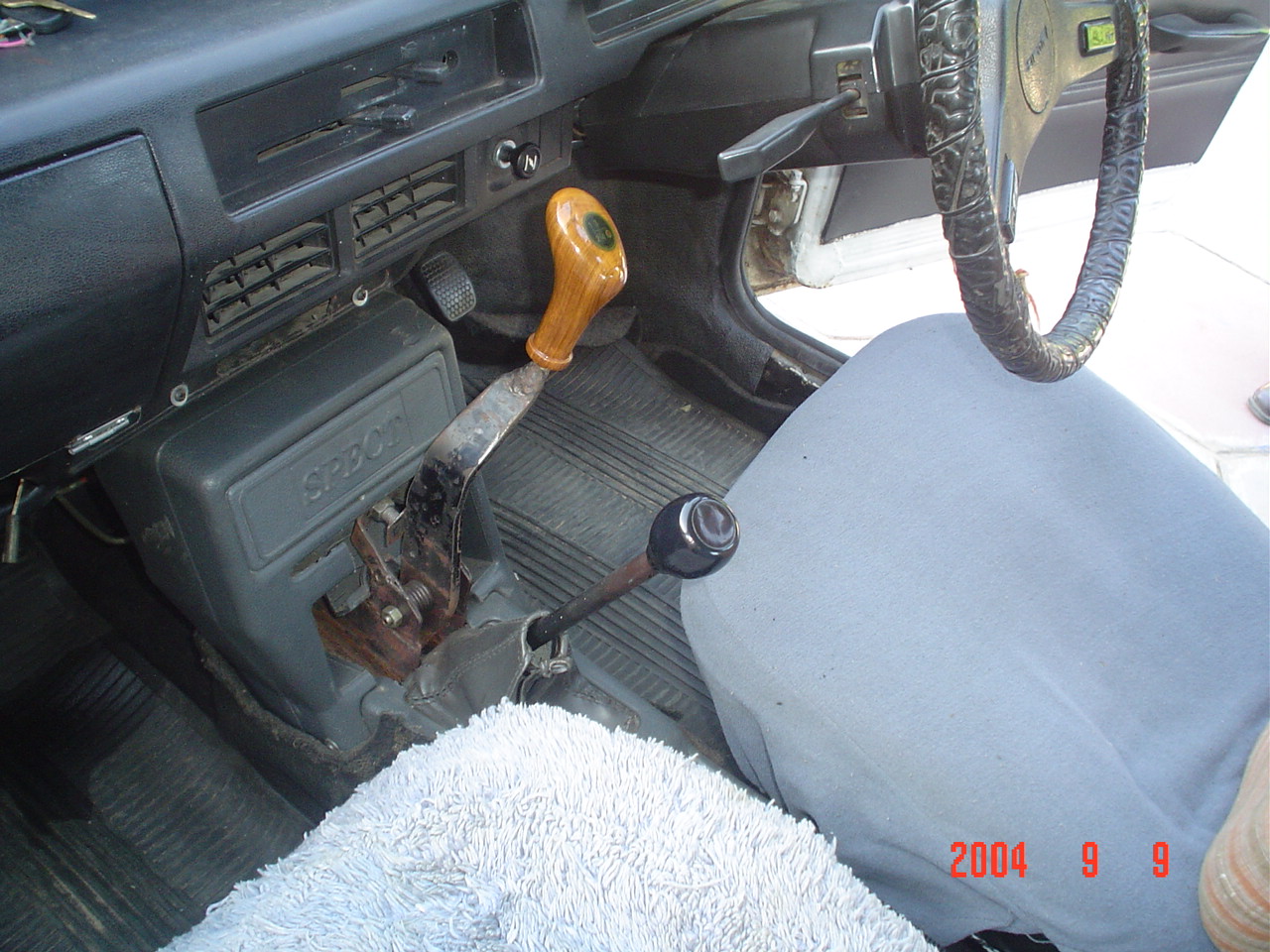 Mujib Khan, born in January 1974, is an automobile mechanic from Jaipur. Being handicapped himself, he understood the problems a disabled person faces, when it comes to mobility and has developed a technique to retrofit any car with attachments, making it disable friendly.Presently, he lives with his wife, and four children. He had an attack of polio at the age of two years. Since no one could diagnose it then, proper attention could not be given, the condition deteriorated, and after a bout of fever, his lower limbs became dysfunctional. Then he was taken to a doctor, who diagnosed it as polio. After starting medication, which continued for years, his physical condition improved slightly. Presently, his left leg is functional and the right one works above the knee, while his hands work normally. Due to his disability, he had great difficulties in going to school; first, he tried studying at home, then later when he was in class fifth, he took the help of his brother who carried him to school on his back. Afterwards as he grew a bit older and stronger he started going to school on crutches and later, both the brothers started using a moped for traveling.

Though physically limited by his condition, he was not a man to sit at home and rue his fate.  In the 1990s, he started his business of making bedsheets on order and selling them to exporters. As the export market became dull, and objections rose over use of certain dyes in the material, he had to change his line of work. With his keen interest in mechanical things, he then started a scooter and motorcycle-repairing workshop at Jagatpura crossing in the city, few kilometers away from his village. In this small 5' by 5' workspace, he did all types of work on two wheelers including repairing, tinkering and painting.In spite of his handicap, after a lot of trial and error, he developed the hand-operated car and showed the way to be independent. This made Mujib a hero of sorts and a role model for the youngsters in his area. All the people in the locality, especially the kids, take pride in the fact that he lives there.

Though people made fun of him earlier, now they see him for what he is-the beacon of innovation who changed his life and that of others.On the road, people and traffic police officers get into a state of disbelief to see Mujib, stop and get out of his car on crutches. Difficult for them to imagine a man with impaired limbs, drive on the main highway! Mujib has this take on life, "Viklang aadmi bhi kisi se kam nahi hai wo bhi sab kuch kar sakta hai"1.He feels through his work, he wanted to prove this to everyone and show the way to others like him so that they can believe in themselves and start living with self-respect. This, he feels will make them less dependent on others, give them confidence and help gain social respect.

Though they had a Maruti van at home, which was used by his father and brother, Mujib regretted the For the person with one leg, the clutch remains at its original position while the other controls are modified to be operated by hands.These modifications were made in such a way that a normal person could also use the cars in the conventional fashion.
Innovation
The innovation lies in the modification to accelerator, brake and clutch arrangement for operation by hand. Comfort, simplicity and ease of operation are other features embedded in the controls. There are references in literature for modifications in cars to suit handicaps2. Most of them have the telescopic mechanical members for actuating brake and accelerator pedals. Mujib has used parallel system for hand-operated controls, which enhances safety.The principle consists of modifying the driving actions so that the controls are transferred to hand by use of leverage, wires and linkage mechanism.Hiding from the family, he started his work on the car.
After initial experimentation, he attached a rod to be able to operate brake and accelerator and drove the car in the absence of his parents and once even got caught by his maternal grandfather. After listening to his story and acknowledging his zeal to be independent, his entire family appreciated his efforts.  Once he had completed his initial modification, he slowly started to learn to drive the vehicle. In about a couple of month's time, he had perfected his driving. No body helped him at any stage and he learnt all by himself. Then he took his van to his workshop to incorporate a system wherein both normal and modified mode of driving can be fitted.He worked on it for six months, still the modifications in the car were looking like jutting intrusions and not blending with the vehicle dashboard, facia and controls. However, slowly people started acknowledging his efforts, the process of evolution continued, and he started Brake pedal is activated either by mechanical arrangement made of linkages or by using an additional hydraulic cylinder arrangement.
Using the push-pull type switch, installed on the dashboard, the accelerator gets activated through a wire connecting it to the engine. The clutch wire is connected to a semi circular hand steering element, which is connected through the steering assembly to the clutch plate to operate the clutch.Currently the design is adapted for Scorpio and Maruti, and has to be standardized for any other vehicle. The innovator wants to modify the kit to meet the needs of physically challenged users with one hand and one leg and reduce the cost.This kit is especially important, as many car companies have discontinued the expensive custom solutions that they had earlier introduced for physically challenged people.

Innovators designed custom made retrofitting in cars for disabled people, which involve modifications in the brake, accelerator, and clutch arrangement for operation by hand. Comfort, simplicity and ease of operations are other features embedded in the controls to suit the driving needs of the handicap persons.

Innovators modified the driving actions so that the controls are transferred to hand by use of leverage, wires and linkage mechanism. Brake pedal is activated either by mechanical arrangement made of linkage or using an additional hydraulic cylinder arrangement. Using the push-pull type switch, installed in the dashboard, the acceleration is activated through wire connecting it to the engine. The clutch wire is connected to a semicircular hand steering element, which is connected through the steering assembly to the clutch plate to operate the clutch. Currently, the design is adopted for Scorpio and Maruti, and has to be standardized for any other vehicle.

Innovator was awarded National Award in the Fourth Biennial Award Function in the year 2007, from National Innovation Foundation - India and also supported under MVIF scheme of NIF. Innovator till now has sold more than 700 units all over the country.