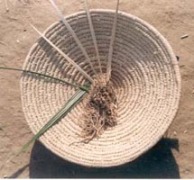 Shri Fatehsinh lost his parents at very early age and also lost his village house and land because of the Hadaf dam project. Forced to abandon the army service while in the training because of the ill health of his wife, subsequently lost his wife too. Got barren land as a compensation for the fertile land he possessed, and worked hard for almost five years to convert it into cultivable land. He spent lots of money for digging up a well. Got married again. Worked for a few years with electricity board and laid high-tension cables to feed his eight kids (two from first wife and six from the second wife). When not able to do justice to his family and agriculture, he left the job and started putting all his efforts in agriculture. He spent a huge amount for curing cancer of his wife, but unfortunately lost her too. Despite all the calamities, one thing had not changed for him and that is his spirit of voluntary service. To him the blessing he receives from the suffering animals has no parallel. His philosophy of life is "Daya dharm ka mool hai, pap mool abhiman, tulsi daya na chodiye, jab tak gut me rahe pran". This is a famous quote of Saint Tulsidas. This means the foundation of humanity is sympathy, ego is the root cause of cruelty and hence don't leave the empathy or kindness till there is life. Today, he is well known as `Bhagat' for his herbal veterinary cures. He never charged people who came to him to get their animals treated, a single penny. On the contrary he has traveled kilometers together either to treat the animal or obtain the herbal remedies. "Do all the people in these villages have a praise for him?" "Yes, except the black magicians or mantriks," he says candidly. He is 65 year old and just third standard pass. He commands high respect for his herbal remedies. Most of this knowledge is based on traditional wisdom that he has acquired from his father. He shares his knowledge with everybody. Some of the veterinary practices, currently known to the villagers, are part of their traditional wisdom, but he is the one who practices them. So no wonder people fondly call him `Bhagat'. He has cure for many veterinary diseases. To name a few, he treats `tav' or fever, `patla-jada' or loose motion, `afra' or bloat, blisters or wounds and infection of horns. On an average, he has been treating almost fifteen animals per month for the last 35 years. He might have treated around 400-500 adult animals for intestinal worms, 20-30 calves for intestinal worms, 100 animals for bloat, around 100 animals for `dhor kawavu', 60 animals for bone fracture and 60 animals for horn fracture, and just a single animal for skin treatment.

In cattle and other domestic animals (including calves) intestinal deworming can be done by giving fresh root extract of date palm Phoenix sylvestris L. Take around 250 g roots of the Phoenix and grind it with water. Allow this mixture to settle by keeping undisturbed for 10 hours. Filtered solution is fed to the animal only once. The parasites will get removed along with the faeces.

Among the other treatments for intestinal worms, (a) he gives 10 gm of crushed seeds of Annona squamosa with 200 ml water in the morning and evening, (b) after removing hairs from two green pods of `kuvech' (Mucuna pruriens) carefully (as it causes itch), these are put in 200 ml of water or buttermilk. This mixture is fed with 50g of salt to the animals for fast relief, (c) two unripe pods of `Kuda' (Holarrhena antidysentrica) are crushed with water. The extract is diluted with 200 ml and fed to the calf. Generally, a single dose of this medicine is supposed to suffice, and (d) oral administration of buttermilk with salt is also supposed to help in milder cases. He has rich knowledge of remedies for several other animal problems