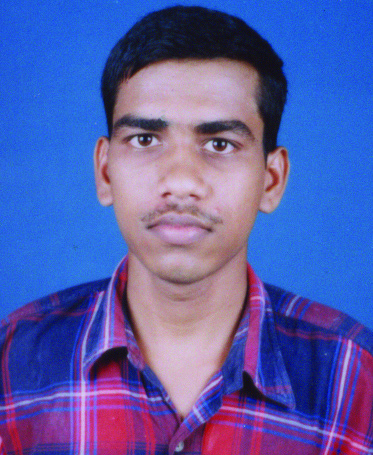 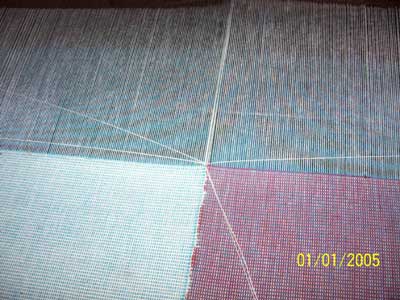 Shanmugam (26 years) is presently in the third year of Diploma course in Textile technology specialising in Weaving at SSM Institute of Textile Technology in Namakkal, Tamil Nadu. He developed a technique to convert plain power looms  into continuous weft feeding looms, without changing the pirns frequently. He got admission directly in second year of this course and that too because of his innovations started when he was still school. There are not many examples of this kind that have to come to NIF?s notice so far in the country.Shanmugam belongs to weaver?s community. Around two hundred families living in his village earn their living by weaving and agriculture, growing cotton, sorghum and millets.He is the second child of his parents and has an elder sister who is married and a younger brother who is studying in second year of Diploma in Textile marketing management, in the same college as Shanmugam.Since childhood, he had active interest in reading books rather than playing games and spent most of his time in the village library. It was here, while in class 12th, that he read an article on NIF in a magazine and got interested in the campaign and later submitted his entry.

After completion of his studies, his parents coaxed him to work in his uncle?s power loom centre as a daily wager. There he observed the wastage of time and requirement of manpower in changing the Pirn windings in power loom systems. He started thinking of new ideas to over come these problems.To begin with, he secretly started experimenting at his uncle?s power loom without being noticed. Though he met with failures, he made sure that the productivity of machine was not compromised because of his experimentation.As he was interested in learning advancements in the textile industry, he grabbed on an opportunity to take free classes on yarn dyeing, offered by SSM Institute of Textile Technology. It was offered for duration of six months under the "Community Polytechnic Scheme".There he discussed his ideas with the faculty and the principal, who initially laughed away at his suggestions. Some how, he convinced the principal to give him a try. Having gained permission, he successfully proved his technique.The dobby systems in power looms are being used only for making border designs but he proved that dobby systems could be used for weaving of fabric with multiple colours. This he displayed by making slight modifications in shuttles and the dobby.Acknowledging and appreciating his innovative thinking, college authorities offered him direct admission in the second year of diploma course in textile technology. Pursuing his second year courses, he was also allowed to keep his innovation going as a curriculum based project work, which otherwise is allowed for final year students only.He also had his innovation published in an article in a bimonthly magazine, published by Tamizham Textiles, Mumbai in October 2005.
Innovation
All shuttle looms can be modified in such a way that weft can be inserted continuously without frequent pirn change. This method can be used in all types of plain looms attached with dobby and also with drop box/under pick/pick and pick mechanisms.In ordinary weaving, one has to change the weft yarn during a weft pirn exhaust. In this new method two weft cones stands are provided at sides of the loom and they are specially arranged so that they have the capability of controlling yarn tension and electronic weft stop motion. The yarn from the pirn is only used to bind the weft taken from the cones. By doing so, expense on pirn winding is reduced. This method of weaving takes place by two weft threads so that the fabric is dense and with good cover. One has to change only cones here unlike rapier looms, where frequent change of pirn is required. This can weave up to one thousand meters thereby reducing manpower and time. Fifty percent of the total warp threads are lifted at a time and the remaining are kept down for the first pick and for the next pick the system is reversed. To enable this, the heald frames are connected to dobby in such a manner that there is no collision in between the healds.The dobby mechanism can be used to select the weft colours as and when required. A special mail eye is fitted in the dobby and they are lifted so that the required colour weft can be drawn through a particular mail eye. An additional hole has been made in the shuttle to give proper tension of pirn threads, which interlock the pirn from the cones.With this system one can weave half of the fabric with one colour, another half with a different colour by keeping two different colour threads in both sides of the cones. By providing more number of cones of different colours at the feeding end (selection of weft colours by dobby) one can weave stripe or check patterns without drop-box mechanism.The advantages of this system are numerous. For wider width looms this method is very much suitable. Small sectors in the country can increase their fabric production without any additional expenses. Using this method one can weave fabrics like cotton, rayon, polyester, silks using normal plain power looms.The electronic warp stop motion and electronic weft stop motion on these looms give a fault free fabric. The system is less expensive and easy to maintain. The productivity improvement in terms of saving of time for weft replenishment is from fifteen to twenty percent. Further fabric quality obtained from this innovation is quite good due to very few stoppages for weft replenishment.In the preparatory operation, the weft winding which includes a separate machinery and manpower is practically eliminated. It results in a considerable saving in terms of manpower, machinery and floor space. In praise of Shanmugam?s innovation, the Principal of SSM Institute of Textile Technology says, "this innovation will lead to significant improvement in productivity in the existing low cost conventional power looms. It can be readily applied in almost all the power loom weaving clusters. Also, it results in a considerable saving in terms of man power, machinery and floor space."Coming from a weaving background, Shanmugam wants to develop low cost technologies for traditional weaving community so that they can upgrade their life style.