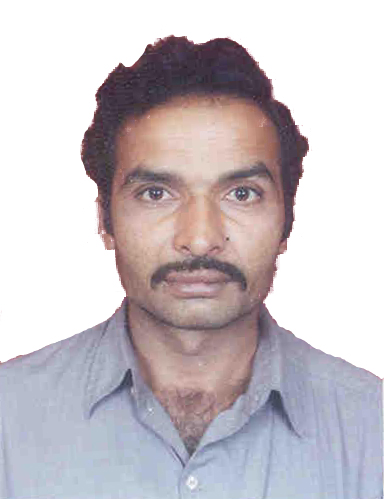 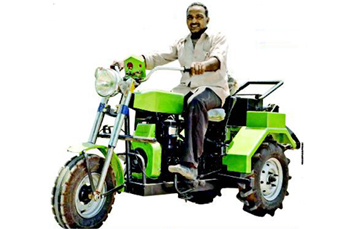 For farming operations, tractor is not an affordable option for farmers having small land holdings. Increase in the cost of fodder for bullock, regular occurrence of drought and shortage of farm labor forced the farmers of Saurashtra area of Gujarat to look for an alternative to Bullock. Inspired by a local mode of transport, the three-wheel taxi chakdo (common transport in the Saurashtra region, innovator has developed an innovative multipurpose farming machine which can do all the operations which can be carried out by a pair of bullock.

Using the self fabricated chassis, drive and power of an Enfield Bullet motorcycle in front the innovator has retrofitted an attachment with two wheels at the rear with a tool bar to fit various farm implements. The rear wheel of the motorcycle has been removed and an innovative assembly unit has been attached. It can also be designed and attached to locally available Chhakdo rickshaw or assembled vehicle having minimum 6.5 HP engine. This meets various needs such as ploughing, weeding and sowing seeds and spraying. It can improve productivity and reduce operating costs for farmers, who currently use bullock-driven plough and cannot afford the tractors or power tillers.

Innovator has been awarded National Award from NIF’s First National Competition for Grassroots Innovations and Traditional Knowledge in 2001. Innovator had visited South Africa as a part of a delegation led by SRISTI on the invitation of Commonwealth Sc