New variety of Soybean developed by a grassroots innovator 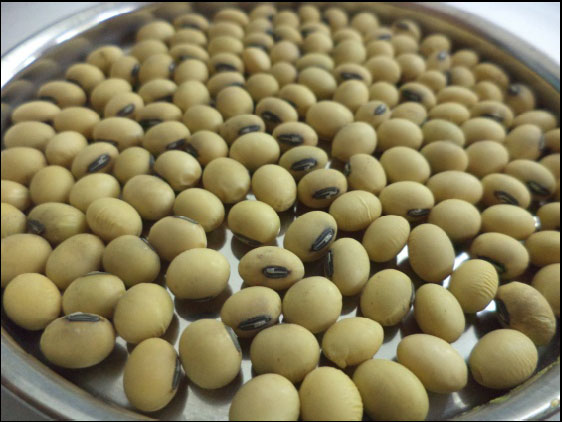 Shri Kashinath N. Lokhande has extensively researched for eight years and developed a new variety of Soybean which has proved worthwhile for the farmers. The variety has unique features of high yield, early maturity and tolerant to yellow mosaic disease. In addition to this it has bolder seeds and requires lesser water.

During Kharif 2008, Shri Kashinath observed some healthy plants of JS 9752 variety with early maturation (10-12 days early). He selectively harvested about 300g of seeds from the plants. In 2009, he cultivated the seeds in a separate rows and harvested 15kg of seed. He repeated the practice year after year and in 2012 he had about 75ql of seeds of this variety. He has been cultivating and distributing the variety since 2012.

The variety has been accepted and appreciated by the growers in Maharashtra, Madhya Pradesh, Gujarat and Karnataka. During 2015, there was a widespread instance of Yellow mosaic Viral disease in all Soybean crops in Madhya Pradesh and Maharashtra and most of the soybean variety had failed but the variety developed by Shri Kashinath sustained and good yield ' says Shri Namdev Ramkrishnji Falke a progressive farmer of Dhagadban, Wardha Maharashtra (+91-9881581016).

During 2016-17, National Innovation Foundation-India (NIF) conducted a study by involving 60 soybean growers from 15 villages of Madhya Pradesh and nearby areas of Maharashtra. It was found that around 12 varieties (i.e. JS-9560, JS-9305, JS-9705, JS-335 etc.) of soybean were being cultivated by farmers including Pandrinath-1 soybean variety of innovators. Almost all farmers described Pandrinath-1 soybean as a superior variety in comparison with other varieties. During the survey it was found that 95 % farmers reported that the variety is tolerant to disease. The performance of innovator's variety recorded a higher yield as compared to other available varieties in Kharif season of 2015 and 2016.

Recently, during March 2017, he has been honoured with a State award by Hon'ble President of India at Rashtrapati Bhavan, New Delhi during Festival of Innovation-2017 organized by National Innovation Foundation (NIF) - India. NIF is built on the philosophy akin to the behaviour of a honey bee. NIF has taken major initiatives to serve the knowledge-rich but economically poor people of the country. It is committed to making India innovative by documenting, adding value, protecting the intellectual property rights (IPR) of the contemporary unaided technological innovators as well as of outstanding traditional knowledge-holders and disseminating their innovations on commercial and non-commercial basis. 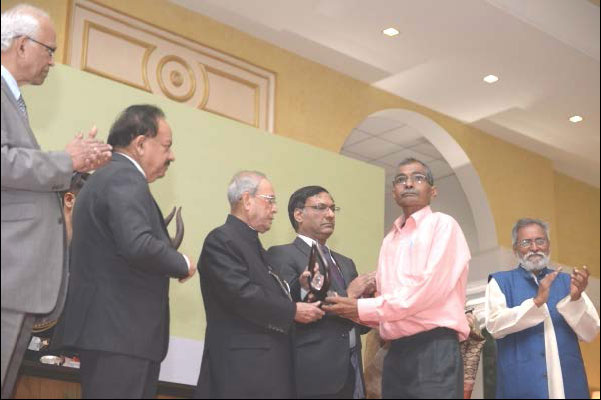 Shri Kashinath N. Lokhande was conferred with an award by Hon'ble President of India

For availing the seeds of the variety the innovator may be contacted at: Shri Kashinath N. Lokhande 07509722630 Sirkhed, Mangona Khurd (Post), Multai (Taluka), Betul (District), MP-460665