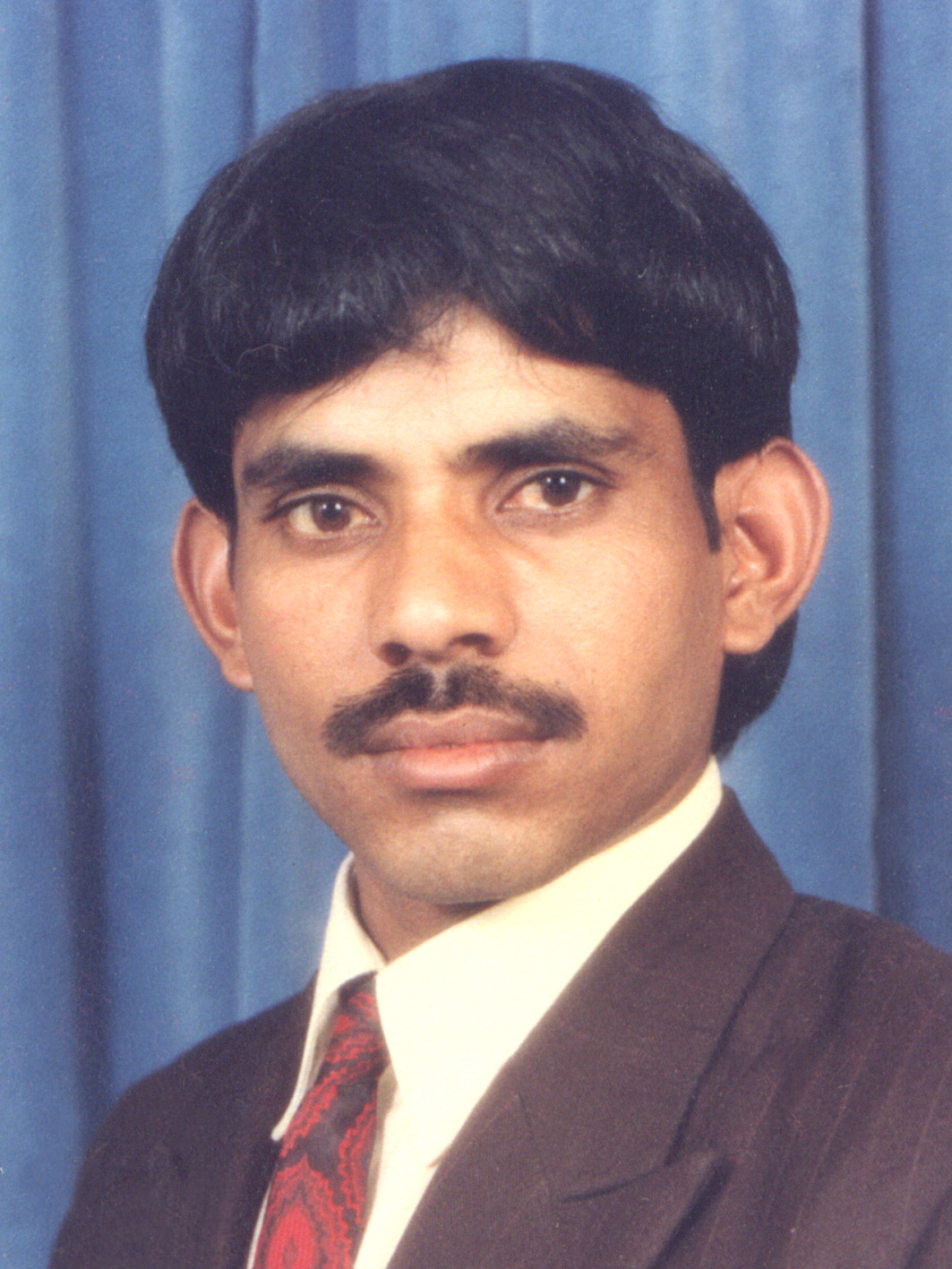 Delivery Period : • 15 days after receipt of 50 % as advance payment. • For bulk order – Innovator can deliver 4 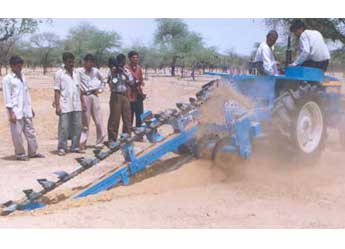 Yusuf Khan (32), has studied till the seventh standard and hails from Sikar in Rajasthan and has been involved in the business of farm tools for the past fourteen years. He runs a workshop that makes trench digging and groundnut digging machines as well as agricultural farm implements. Some of the problems that Yusuf faced during the development of this innovation were financial constraints and availability of raw materials. But he remembers with gratitude the financial and constant moral support offered by Mr. Rakimuddin Nechwa during the process of this innovation.

His family and neighbours also stood by him during tough times and his neighbours even helped him to take the machine to distant places for testing. Genesis Two-thirds of Rajasthan has sandy soil and groundnut is grown all over the state. The process of groundnut digging involves digging up the ground and separating the groundnut from the soil. But normal groundnut diggers fail to dig out all the groundnuts from the field and many pods still remain in the ground. These have to be manually extracted by labourers. The work is not just strenuous and time consuming but also costly for the farmer.

This gave Yusuf Khan the idea of mechanizing the whole process and led to the development of this unique machine that meets the needs of the farmers and saves a considerable amount of money, time and effort. Video This sturdy rugged desert unit is retrofitted on a 35 HP tractor and is powered by the coupler from the tractor unit and has an elaborate system of crankshafts, flywheel, connecting linkages and rotating vanes on a shaft. A sieve is provided with a vibrating mechanism to filter the groundnut from the soil. As the tractor moves forward, the vanes rotate and dig into the ground, scoop and drop the soil-groundnut mixture into a vibrating storage unit with a sieve base.

The system of linkages and drives vigorously vibrate the entire unit to shake the soil loose and the groundnuts stay trapped at the top in the central storage unit as the soil gets sifted out onto the ground. A window hatch is provided at the back that can be lifted and the groundnut taken out by a person into a basket. The unit consumes four litres of diesel per hour and completes digging out one hectare full of groundnut in one day. It weighs 300-400 kg and costs Rs.45,000. Compared to other groundnut digging devices, which only dig and cut groundnut crops, this machine digs out the groundnuts and separates it from the earth through the vibrating sieve. This groundnut digger is lighter than other diggers and is able to run on uneven ground. It can also be used for collecting stones from fields and roads. Advantages Yusuf Khan has addressed a pressing problem that groundnut farmers in the harsh desert climates of Rajasthan have faced.

They do not have an efficient way of harvesting the groundnut beneath the soil that ranges between 15% to up to 50% of their harvest. Losing even an average eight quintals below the ground which is 25% of the harvest per hectare, means a loss of Rs 12,000, which is a huge amount for any farmer. Using manual labour for harvesting takes up to 50 people working at Rs.80/day to remove the groundnuts in one hectare in a day. Labour is both scarce and expensive in the desert area and the operation is tedious as the soil has to be sifted and each groundnut has to be picked by hand. Most farmers have large land holdings in the area (greater than 2 hectares and going up to 50 hectares) and there is a need of completing the harvest as fast as possible in October so that sowing can be completed for the next season, which starts immediately. The machine developed by Yusuf Khan addresses all the above problems and is an excellent way to improve productivity, cut costs and address the labour shortage.

Some of the farmers who have bought this unit also loan it out to others at the rate of Rs. 1500 per day, thus making a handsome profit. For the other farmers also, it is a good bargain as they spend only Rs.1500/- instead of Rs 4000/- that they would have to pay to the labourers. Looking to the future So far, Yusuf has sold more than 15 units to local farmers. He wants to start a business with his innovation provided he gets financial help. He is also open to partnerships. NIF has filed a patent application for this innovation. Apart from the groundnut digging machine, he has made some modified ploughs, trench digging machines. His trench digging machine is set to be more flexible, cost-effective and attachable to any tractor.

The breakdown rate is much lesser and fuel consumption is also said to be lesser than the other available trench diggers. He has also developed a mechanism for increasing the speed of trench digging machines. The earlier version of the trench digging machine required a truck to be hired for transporting it from one place to another, as it moved only at a speed of 3km/hr. This proved to be rather expensive. Taking this problem into account, Yusuf Khan made modifications in the gearbox so that it is now possible to move the machine at the speed of a tractor (10 km per hour). The improved model of this machine is costlier than the earlier one by Rs.15, 000/ to16, 000/, but such is its demand. In a year, he has manufactured and sold five such machines. Yusuf Khan's Agreement

Conventionally, the task of digging trench for laying underground water supply lines, phone and electric cables, sewage lines, etc. is done manually. The task is too laborious and time consuming. In addition, it is very difficult to maintain uniform depth and width. The available trench diggers were having certain limitations that were restricting the usage. E.g. earthmovers, job had slow speed and the machines available were not able to cut trenches uniformly. Besides, the machines were bulky and very costly. Innovator thus developed a model which is a low cost can be mounted on a tractor and digs very fast and uniformly.

The trench digger developed by innovator is tractor-mounted machine that makes trench with sharp edges rapidly. The machine has a long arm having a rotator chain over it and sharp edged blades mounted over the chain. These blades cut the soil and throw it out as the chain rotates continuously. This chain is supported by a large wheel at the rear end of the arm and two mini wheels framed up on the main frame slot. The arrangement consists of a planetary gear system and motion converter unit to deliver power from the tractor, a chain gear and roller system and a belt with sharp trench digging blades of high carbon steel. An additional gear drive system is mounted within the wheel of the tractor to convert the 550 rpm of the tractor wheel to the desired 90 rpm speed of the shaft.

He was awarded first by NIF under the National Award category in the above said competition in the year 2005 and also supported under MVIF scheme of NIF. Apart from this Yusuf Khan was also nominated for the Asian Innovation Awards at Singapore in 2005 as he qualified among the ten finalists. Innovator till now has sold more than 350 units in Rajasthan.