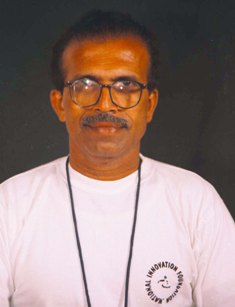 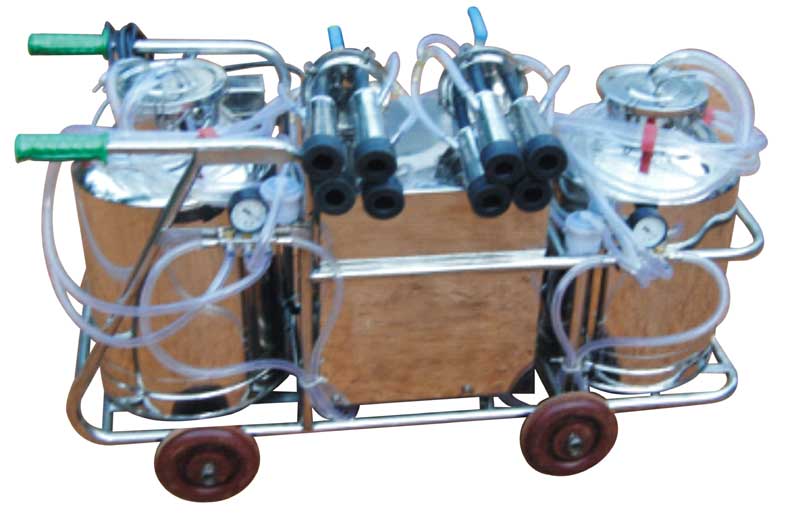 Safe milking of cow/buffaloes is a requirement across rural India. In rural India availability of skilled labor for milking is also a problem now days. Adding to this is the fact that milking by hand is not considered healthy or hygienic anymore. Power operated milking machines are available in the market which are very expensive, suitable and affordable only for large cattle farms.

Innovator has made a manually operated as well as a power-driven milking machine that helps small farmers to milk animal hygienically and reduce the drudgery in the process. It is a very simple machine and can be easily operated by women as well.

Innovator has been awarded in the 3rd National Award Function of NIF (2005) and also supported under MVIF scheme of NIF. Apart from India, the innovator has also sold machines to customers in Philippines, Uganda, and Ethiopia and also set up an office in

Model: 1 Manually operated Hand (Hand Driven):The weight of the machine is 18 kg, it does not require any external power source and it can milk one animal at a time. It is a basic milking machine, mounted on stainless steel frame. It is having two reciprocating vacuum pump linked to a handle for manual back and forth operation. Milking machines are made of food grade 304 stainless steel sheets.

Model: 2 Semi-Automatic Single Cluster AC Motor Driven: The weight of the machine is 35 kg, its power requirement is 180W (220 V Single Phase) and it can milk one animal a time. This Milking machine is driven by AC geared motor, through a linkage. The Machine is mounted on a stainless steel trolley having polymer wheels. The trolley can be dragged easily in cow shed. The machine can be operated manually by handle in emergency. It includes two reciprocating vacuum pump linked to 180 watt single-phase electrical geared motor. Milking machines are made of food grade 304 stainless steel sheets.

Model 3: Semi-Automatic Double Cluster AC Motor Driven: The weight of the machine is 50 kg, its power requirement is 180W (220 V Single Phase) and it can milk two animals at a time. It consists of two Control block with vacuum gauge, two 20 liters Milking can made of food grade 304 stainless steel sheets and two Cluster assemblies with four teat adapters with silicon rubber teat liners. The other specifications are same as model no. 2.

Model 4: Semi-Automatic 12 V DC Battery-operated: The weight of the machine is 33 kg, its power requirement is 150W (Battery operated, rating 35 A, 12 V, can run for 1.5 hrs continuously and it can milk one animal at a time. The other specification are same model no: 2.