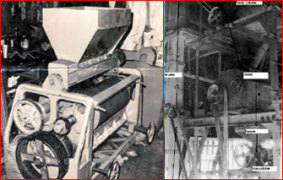 Bhubaneswar Barthakur was born on June 26, 1918, in Sibsagar district of Assam. His father, late shri Lakheswar Barthakur, was the first Assamese Director of Agriculture of the then province of Assam in the British India. His mother, late Ms Biraja Bala Barthakur was from the well-known Kataki family of Sibsagar.