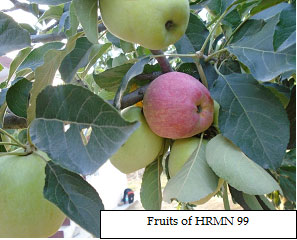 Shri Hariman Sharma a renowned progressive farmer hailing from Paniala village of Bilaspur district has developed an apple variety that can be grown in plain, tropical and subtropical areas. This apple variety does not require chilling hours for flowering and fruit setting. He has become a source of inspiration for thousands of farmers and agriculturists of Bilaspur and other lower hill districts of the state, the areas which earlier could never dream of growing the apple fruits.

During 1999, Shri Hariman Sharma observed a fruit bearing apple seedling in his courtyard. The seeds in the courtyard were disposed by him in the year 1998 which was purchased from the village Gumarvi-Bilaspur district. Being an innovative farmer he could sense that the apple tree bearing fruit at a warm place like Paniyala situated 1,800 feet from sea level was an extra ordinary observation. Therefore he preserved the plant. Next year he took some branches and grafted them on a plum tree due to non-availability of apple tree. Grafting was successful and fruit quality was good. In 2004-05 he brought some crab apple seedlings from Shimla and grafted the same. He created a mini orchard of apple trees which are continuing to bear fruits till today. 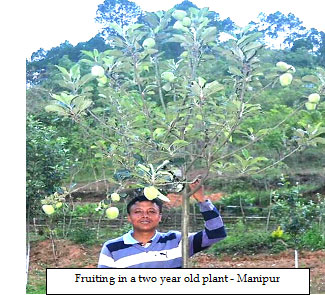 In order to study the suitability and adaptability of the HRMN-99 in various agro-climatic conditions of the country, National Innovation Foundation- India (NIF) has transplanted around 10,000 saplings at 1190 farmers’ field and 25 organizations in 29 states and 5 union territories during 2015-2017. Successful fruiting in Manipur, Madhya Pradesh, Uttar Pradesh, Maharashtra, Gujarat, Dadra and Nagar haveli, Karnataka, Haryana, Rajasthan Jammu, Kerala, Uttarakhand, Telangana, Himachal and Delhi was reported which led to increase in the demand of saplings on very large scale by the farmers through out the country. 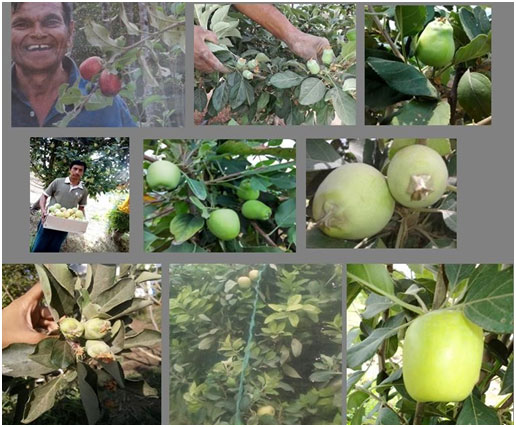 Molecular study was also performed for the characterization of HRMN-99 apple variety in comparison with check varieties by Gujarat State Biotechnology Mission, Gandhinagar. The study confirms its diversity and superiority over other low chilling varieties Anna and Dorsett golden.

Shri Hariman Sharma also referred as the ‘Apple man’ of Bilaspur district by media has been conferred with various awards at national, state and district level. Recently he has been conferred with a National award by the honourable President of India, Shri Pranab Mukherjee at Rashtrapati Bhawan. He has been honoured by Shri Prem kumar Dhumal,former chief minister of HP, as ‘Prerna shrot’and has also been honoured by present chief Minister Shri Virbhadra Singh. Recently he has also received an award from IFFCO and PUSA, New Delhi. 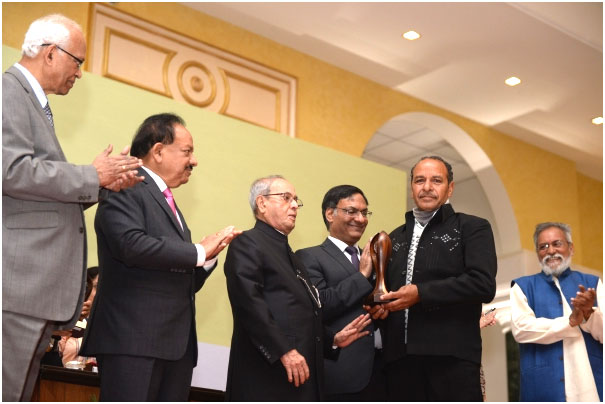