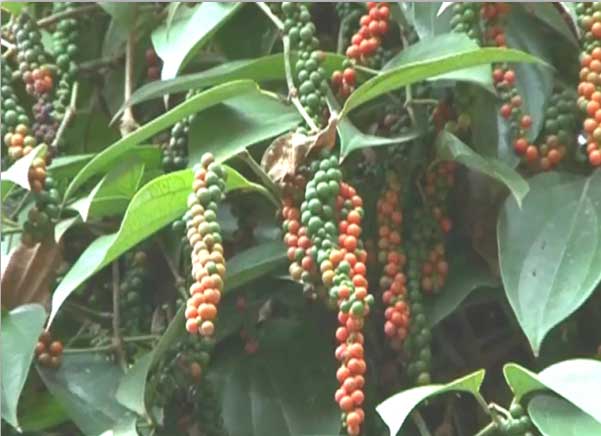 Black pepper (Piper nigrum L.) called as the king of spices, it has many health benefits. Zion Mundi variety of black pepper was developed by Mr. P. G. George from Idduki, Kerala in 1988-89. Zion Mundi, where ‘Zion’ represents the place where God resides and ‘Mundi’ has been taken from the name of the parent plant Neelamudi. The variety has been diffused to farmers of the adjoining villages due to its unique features of higher yield, more number of berries & lengthy spike and tolerance to foot rot disease. Apart from this it has bigger size of berries, higher recovery percentage (46%) and the variety is suitable for organic cultivation.

Salient features of the variety 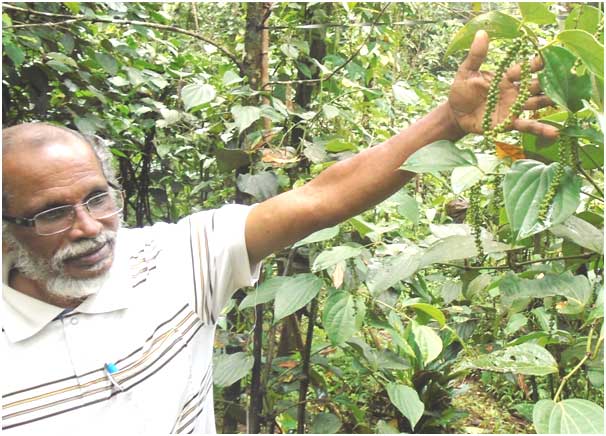 Idea of developing new pepper variety that can be grown in shade and is free from foot rot disease cropped up in his mind during 1985-86, when there was major loss in his pepper variety due to heavy monsoon and foot rot. He observed that even in heavy monsoon two local varieties Neelamundi and Thotta mundi survived where Neelamundiwas high yielding and Thotta mundi was tolerant to foot rot disease. Mr. George planted two varieties together and collected seeds selectively for further propagation. During 1998-89, after several rounds of propagation, he got Zion Mundi variety.

National Innovation Foundation–India (NIF) facilitated on-farm evaluation of the variety by a team scientist of Indian Institute of Spices Research, Calicut, Kerala and it was confirmed that the variety Zion Mundi is high yielding with long spike & thick setting and vines are very healthy, additionally it is likely to be an open pollinated variety. NIF also supported for on-farm evaluation of the variety by experts of Krishi Vigyan Kendra, Idukki, Kerala and Indian Cardamom Research Institute, Kerala, also confirmed the superiority of the variety as compared to other available and local cultivars.

He has received number of awards and recognitions to his credit for the innovative variety. During 2015, he was conferred with national award by Honourable President of India in 8th National Biennial Competition organized by NIF. This variety is registered with Limca book of records for its better performance and certified by Laconfor its suitability in organic cultivation.