Shri Rajendra Jadhav is a fabricator by occupation from Nasik district of Maharashtra. During his regular discussion with farmers, he realised that the sprayers used by them are not efficient enough since while spraying the pesticide on the fields, liquid used to get dispersed into the air resulting in its wastage.

In order to overcome such problems of the farmers, he decided to develop a device that can work efficiently and pesticide could be sprayed on the plants properly. Conventional sprayers do not have the feature to spray in all directions using rotational movement of blower along with nozzles. Using two blower fans this innovation has a capacity to generate high air pressure and spread the pesticide up to 10-12 feet.

The innovation is a blowing sprayer that can be used for spraying pesticide on orchard crops systematically with a tractor of 18 hp or higher. There are two radial fans mounted on both the sides to ensure effective spraying of pesticides on orchard crop. These fans rotate on opposite sides, thereby generating a high pressure. It also has a provision of rotating blower (fan) along with nozzles to spray pesticides in all directions.

In due course, the sprayer has been modified such that with less consumption of fuel and less wastage of liquid containing pesticides, the overall process of spraying pesticide is effective. 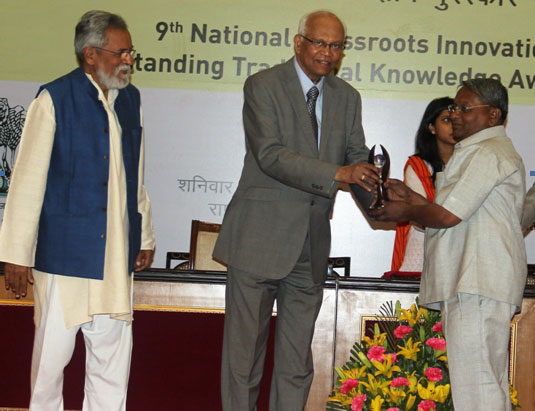