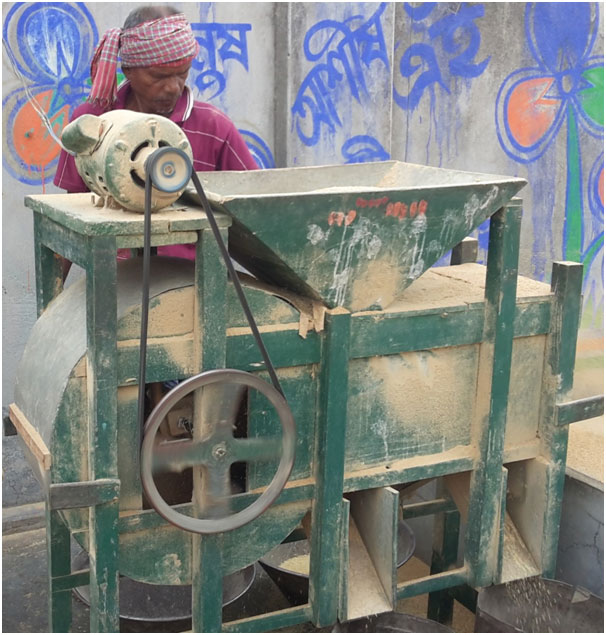 Mohan Sharma from Birbhum, West Bengal is a fabricator and is in the business of making doors, windows, and furniture items. He developed a rice grain sorting machine about three decades back and has sold about 2400 units of the same over the years. The machine separates husk, stones, etc from rice and also segregates rice grains with the help of an automatic/ manually driven wooden fan.It was sometime when he was 22 years old that he thought of making a rice grain sorting machine and after two three unsuccessful attempts was able to develop one. He has an independent workshop where he makes different items like doors, windows, household/ office furniture and also the rice sorting machine.

In usual circumstances, husk, stones etc. is separated from rice by wind winnowing using handmade or woven winnowing basket or pedestal fans. One has to drop the grains by shaking the basket held above head height in front of that the fan so that air blows out the lighter chaff from among the falling grains. This is a tedious involves drudgery and a time consuming process. The beauty of his idea was that he thought instead of holding the grain basket in hand, if he could use a container on stand from where the grains could be dropped in front of the fan, it would then involve less physical work. Then he added four separate compartments with separate outlets to deliver sorted grains. The whole machine looked like a big box with an uncleaned grain container on top of it.

This is wooden hand driven cum motorized rice grain sorting device. Blower fan is provided to perform winnowing operation, which can separate husk from grains. Separate compartments with outlets are given to sort grains in different grades. The device has ability to sort 400 to 450 kg of rice per hour into different grades like clean grains, broken grains, and separate small stones and husk. The fan speed is set to be about 280 rpm.Not only rice or paddy but also other cereals, grains and seeds like mustard, sesame, wheatcan also be winnowed using this machine easily. His clientele include individuals, rice mills, Atta mills from West Bengal and Jharkhand. 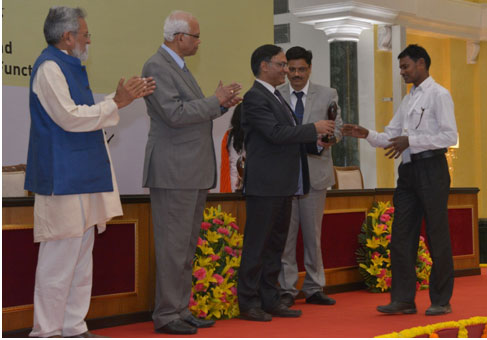