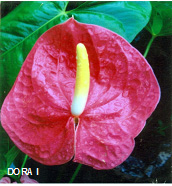 Anthurium (Anthurium spp.) is a group of beautiful blooming plants available in a wide range of colors. In addition to beauty of Anthurium flowers, it also ensures healthier environment by removing toxic substances from air. Anthurium has a larger economic importance because of its eye-catching and beautiful inflorescence and fetches good market price.

Smt D Vasini Bai, a hardworking and innovative lady has developed ten varieties of Anthurium by cross pollination. The uniqueness of these varieties are large and medium flowers with uncommon color combinations of spathe and spadix (viz. light and dark orange, magenta, green and rose color combination, dark red and white colors). She has also developed new method for raising the seedlings in limited space using corrugated asbestos sheets. For transplanting grown up seedlings she uses concrete troughs instead of pots. These methods have helped her in growing more number of plants in limited space, thus reducing the cost and maintenance and increasing the income. She sells the Anthurium flowers and plants to local florists as well as in cities like Pune and Mumbai at an average price of rupees 60-75 per flower.

Salient features of the Anthurium varieties 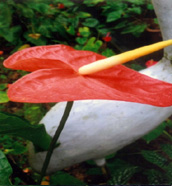 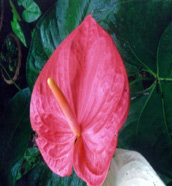 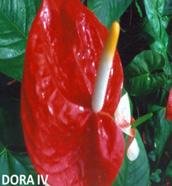 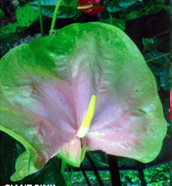 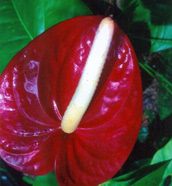 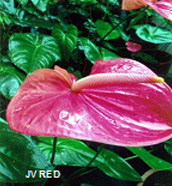 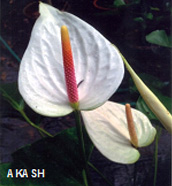 Her interest in developing new Anthurium variety prompted during late 1970s when her son brought two plants of Anthurium. She was attracted to the beauty of the plants, wanted to raise more such plants, for developing new variety with uncommon color combination she started experimenting using various techniques, trial and errors. In 1980, she manually cross pollinated for the first time and after years of experiments in 1985, she developed first variety of Anthurium- Dora (single plant with 8-10 leaves and multiple flowers with orange colored spathe). She continued her work and during 1985–2000 developed another five varieties viz. Dora- I, Dora –II, Dora –III, Dora –IV and Dora – V. The other five varieties Akash, George, Giant Pink, JV Red and JV Pink were developed later through manual cross pollination.

Smt Vasini Bai has received a number of awards and recognition for developing the Anthurium varieties and is widely covered in local print and electronic media. Her story has been shown in various agriculture channels like Kisan Krishi Deepam. During March 2017, she was conferred with a State Award at Ninth National Biennial competition organized by NIF-India by then Hon’ble President of India, Shri. Pranab Mukherjee, at Rashtrapati Bhavan, New Delhi. 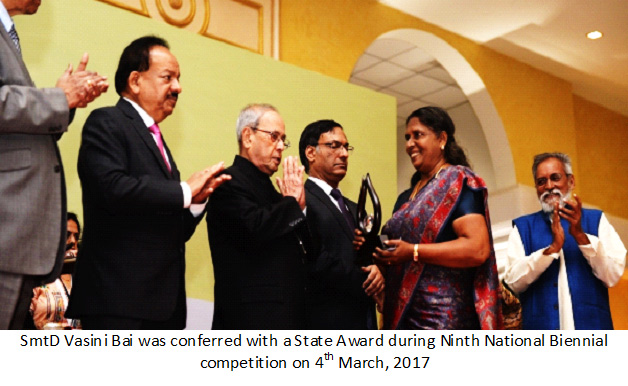 Facilitated by NIF, four hybrids and six parent varieties are being evaluated under the varietal testing programme of TNAU, Coimbatore. These hybrids were reported to be healthy, vigorous with colourful spathes ranging from light pink, pink, red, white, violet and orange. The leaves are shiny, medium large and heart shaped. The flower spathes are bright coloured and has short spadix. These parameters are comparable with existing commercial varieties. It is expected that the hybrids from these parents will also produce prominent and distinguishable characters of parents, comparable to commercial varieties. The varieties Dora, George, JV Pink, JV Red are given at Tropical Botanic Garden and Research Institute, Palode for mass multiplication through tissue culture. Also, another project has been sanctioned to Indian Institute of Horticultural research (IIHR), Bangalore for mass multiplication and large scale production of hybrids for diffusion of the varieties in similar agro climatic zones of the country.