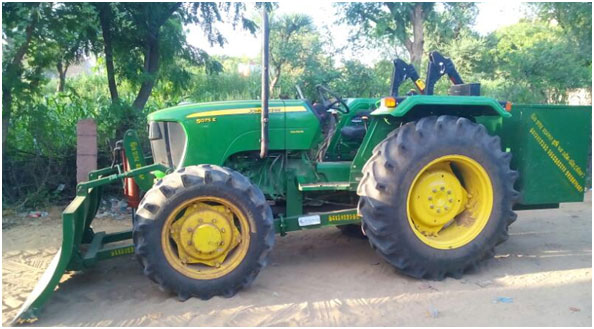 Madan Lal Kumawat is engaged in his own agricultural machinery repairing and manufacturing workshop at Sikar, Rajasthan. He has modified the design of fixture/frame of the dozer in tractors, which has resulted in easy repairs, transportation and manoeuvrability.

Deeply committed to his work, Madan Lal Kumawat spends 15-18 hours a day in his workshop and is well versed with the technicalities and intricacies involved in metal work and especially in repair and modification of agricultural machineries/ implements. 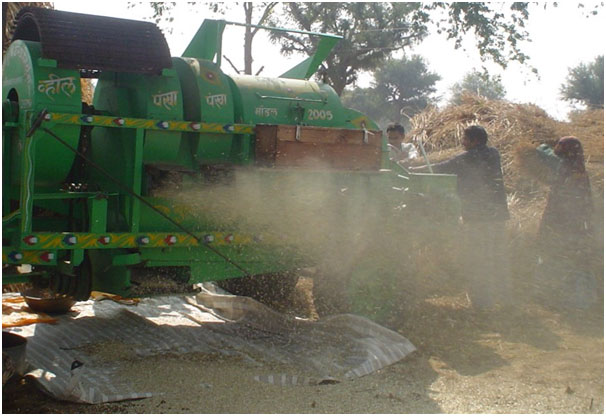 During the course of developing a Multi-crop thresher, it took him about 20-30 days of efforts to come up with a thresher whose performance was comparable with the existing ones. He identified the scope of improvement in the design of thresher so as to improve its performance. Unlike other multi-crop threshers it has a differently designed threshing cylinder (blade edged spike tooth instead of normal spike tooth) and an additional blower. It has multiple drive options to change the speed of threshing cylinder (400-500 rpm) and varying air flow according to crop and can thresh all the crops including groundnut and cumin. In addition to threshing drum there is a primary cutter that cuts straw before threshing, thus reduces power consumption.

Madan Lal Kumawat is a serial innovator and has successfully developed a dozing attachment. There were multiple shortcomings in existing dozer attachment is the market. Besides being very costly, there was need of a dead weight at the rear for proper balancing; chassis used to break down frequently due to the improper distribution of load; As the chassis was fitted taking support from sides of front wheels extended outward, manoeuvrability of tractor was difficult after attaching the dozing attachment; in order to repair clutch plate, which wears fast due to half-clutch engagement in dozing operation; the whole unit was required to be detached. His innovation overcomes all such problems. The modifications include three supports from rear wheel mud guard bolts, tractor chassis and centre of front part by attaching a plate. The modification has resulted in no breakage of chassis and easy manoeuvrability. 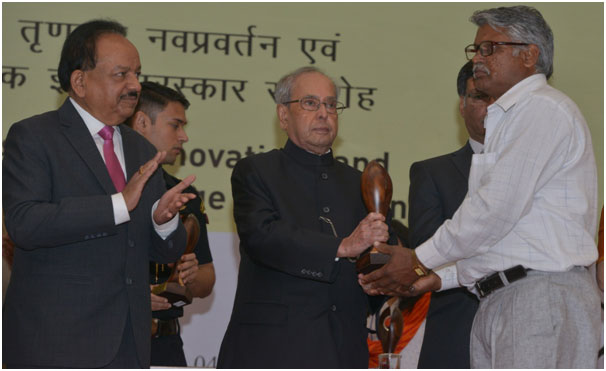 Madan Lal Kumawat was conferred with an award for his “Multi Crop Thresher” during 1st National Grassroots Innovation Awards and for “Modified fixture of dozer blade with tractor” during 9th National Grassroots Innovation Awards. Besides, he has been conferred with an award by State Government in 2004 and in 2010;he was rated by Forbes Magazine as one of the seven most powerful innovators of Rural India .