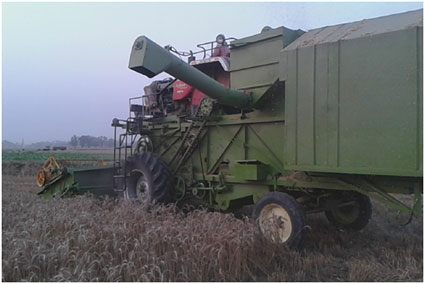 Shri Surendra Prasad, is in the occupation of agriculture machinery manufacturing and repair, and has developed a harvesting machine, which can be used for simultaneous harvesting, threshing and collection of straw. It can be operated using a tractor of 65 hp and above.

Prasad recalls the introduction of a combined machine from Punjab in his region in 2007 for harvesting crops. Though quite useful, it was unable to thresh and it left behind straws of crops. Farmers, in a bid to get rid of the straws, used to set them on fire, causing harm not only to the environment, but also to their agricultural land as burning leftover stalks reduces the fertility of land. This triggered Surendra to think about a machine, which he started developing as early as August 2010 and completed in April 2011. After many trials, experiments and subsequent modifications, he was able to finalise the design in April 2014.

The combined harvester, having two separate chambers for storing fodder and wheat grains, cuts stalk of wheat in a manner, which minimizes the loss of grains and fodder during harvesting. The chances of wheat grains getting cut or damaged is considerably low due to the specialized mechanism used in the machine, which separates fine-quality grains from wheat straws very quickly. This machine harvests one acre (2.5 bigha) of standing crop in an hour. The crop storage chamber of the machine can store wheat up to eight quintals whereas the straw collecting chamber can collect and store about six to eight quintals of straw. 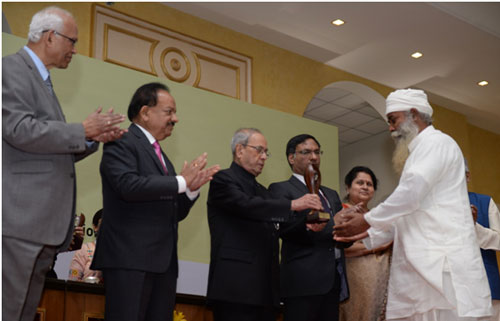