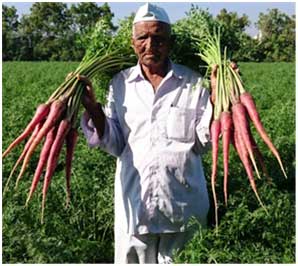 Madhuvan Gajar carrot variety developed by Shri Vallabhhai Vasrambhai Marvaniya is aprogressive farmer from Junagadh district, Gujarat. During 1943, he found that a local carrot variety was profoundly used for fodder. He cultivated selectively this variety and sold this carrot in the market initially for the vegetable purpose at good price. Since then he along with family is working for conservation and development of this cultivar. The Madhuvan Gajar is a high nutritious traditional variety contains a higher β-carotene content (277.75 mg/kg) and iron content (276.7 mg/kg); it is used for various value added products like carrot chips, juices and pickles. 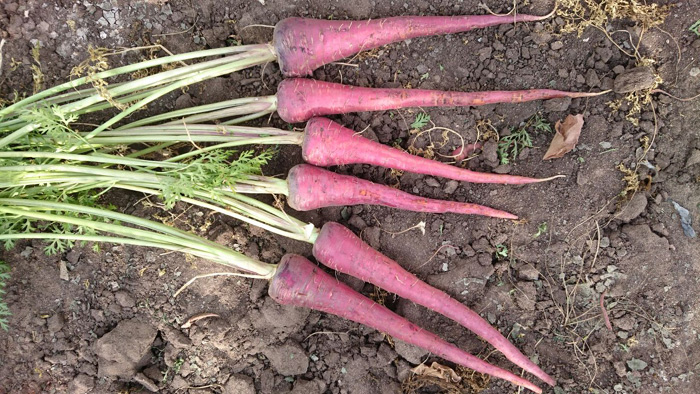 During the early years of the development of this variety, he selected best plants for seed production and grew them in small area for domestic consumption as well as for marketing. Later on the demand for this carrot grew and he started cultivation on a large scale during 1950’s – 60’s. He also started distributing the seeds to other farmers in his village and adjoining areas during 1970’s. During 1985, he started selling the seeds on large scale. The average yield of Maduvan Gajar is 40 – 50 t/ha and had been cultivated in Gujarat, Maharashtra and Rajasthan successfully.

During Khraif 2016-2017, National Innovation Foundation (NIF) – India conducted validation trials for this variety at Rajasthan Agricultural Research Institute (RARI), Jaipur Madhuban Gajar carrot variety was found to possess a significantly higher root yield (74.2 t/ha) and plant biomass (275 gm per plant) as compared to check variety. During 2016-2017, a trial was conducted at farmers’ field by NIF in different states like Gujarat, Maharashtra and Rajasthan; the reports showed that the performance Madhuvan Gajar carrot variety was appreciable in term of yield in farmers’ filed. 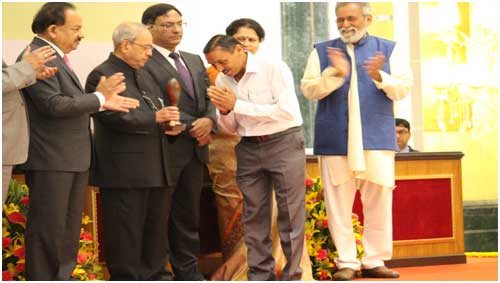 Shri Vallabhhai has received various awards and recognition for development and promotion of Madhuvan Gajar carrot variety. Recently he was conferred with a National Award by Hon’ble President of India at Rashtrapati Bhavan, New Delhi during Festival of Innovation (FOIN) - 2017 organized by NIF.