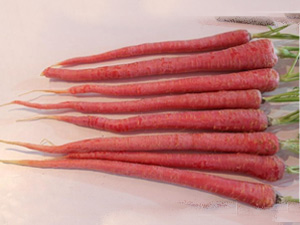 Smt Santosh Pachar an enterprising lady resides in Sikar district of Rajasthan. She is popular as ‘Carrot lady’ in her region because of the improved carrot variety developed by her through mass selection. The carrot variety is high yielding with longer root-length and vermilion colour in addition to this the variety is well adapted to high temperature. The sweeter taste of the carrot helps in fetching higher market price. 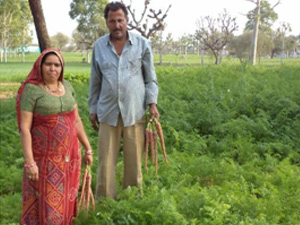 While the urge to do something new was the key foundation of innovation, demand from the market was the driver for continuous improvement. During 2003, Smt Santosh had collected some carrots from neighbouring village, she collected the seeds from the first year plants through root-to-seed method and adapted same selection method continuously for 4 to 5 years. The carrot was stable for its yield and other desirable characters. 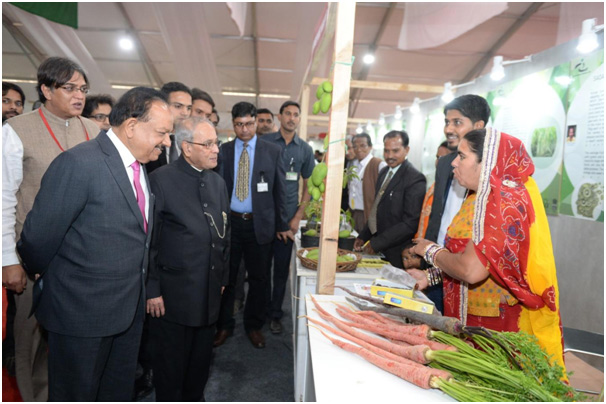 National Innovation Foundation-India (NIF) facilitated validation trial of the carrot variety in Rajasthan Agricultural University, Bikaner and it was found that Laxmangarh variety was superior than other local check varieties Pusa Kesar and Ganganagar Local. NIF also supported in biochemical analysis at CALF Lab, National Dairy Development Board (NDDB), Anand, to evaluate β-carotene and iron content. β-carotene was found as 124.5 mg/kg and iron content was found as 143.42 mg/kg. Performance evaluation trials were also conducted at farmers’ field in Bhavnagar and Patan district of Gujarat where Laxmangarh Selection variety outperformed as compared to other varieties. The seeds of the variety is highly demanded by the growers because of its unique traits.

As recognition of her outstanding effort of developing improved variety of carrot and promoting organic farming she has received many awards. In 2013 she was awarded during Seventh National biennial competition organized by NIF by the Honourable President of India. She was also selected for Innovation Scholars In-Residence Programme (Fourth Batch) at Rashtrapati Bhavan in March 2017. 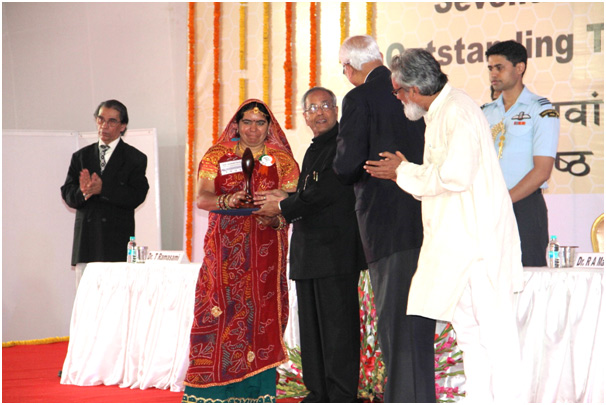 For availing the seeds of the variety the innovator may be contacted at: Smt Santosh Pachar w/o Jhabarmal Pachar (phone number – 94606 41505), Village- Jhingar Badi, Taluka & District- Sikar, Rajasthan.