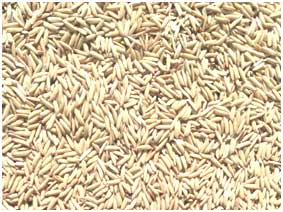 Indrasan paddy was developed by Late Shri Indrasan Singh, an innovative farmer and a social activist. This high yielding paddy variety helped the farmers in getting higher revenue in terms of yield. Shri Indrasan was very prominent person of his community and he was selected as a village head for eight times in a row.

The idea of development of high yielding variety came up in his mind by observing lower yield of traditional varieties in his community. He used mass selection on the basis of more number of spikes, lower height of plant and uniform size of spike from ‘ Ratna’ variety of Pantnagar Agricultural University, Pantnagar, Uttarakhand. It took 4 years of regular and careful observation for stabilizing the characteristics of the variety. Indrasaan variety has unique features of high yield, smaller grain size and high grain recovery percentage. 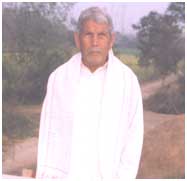 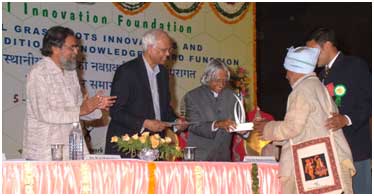 Shri Indrasan Singh had received National award by NIF during third National Biennial Competition in 2005. He also received ‘Tamra Patra’ from the former Prime Minister Smt Indira Gandhi. Additionally, he was honoured by the members of Honey Bee Network at his doorstep during the 11th Shodhyatra, (26th May – 4thJune 2003,from Gokulnagari to Dehgala)