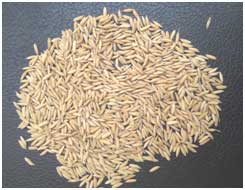 Shri Prakash Singh Raghuvanshi a progressive farmer and has developed an improved and high yielding paddy variety. The unique paddy variety has higher number of productive tillers, lengthy and more number of grain per spikes. Moreover the variety is tolerant to blight disease, matures in 120 -125 days and grains are small in size. During 2015-16, he distributed around 100 quintals of seeds to farmers. 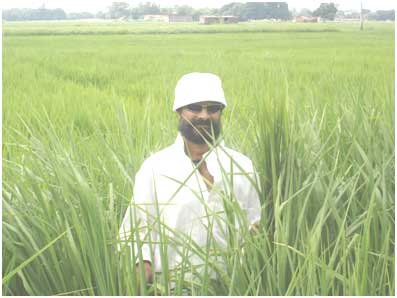 National Innovation Foundation- India (NIF) supported the innovator with the scientific evaluation in Chandrashekhar University of Agriculture and Technology, Nawabganj Kanpur and it was reported that the variety developed by Shri Raghuvanshi have not only more production ability but also the variety is tolerant to insect attack. NIF also facilitated trial of the variety in many states including Uttar Pradesh, Madhya Pradesh, Bihar, Orissa, West Bengal, Assam, Maharashtra and Chhattisgarh and result was found superior in terms of yield, tolerance to water logging condition and minimum loss of grain in the field during harvesting. 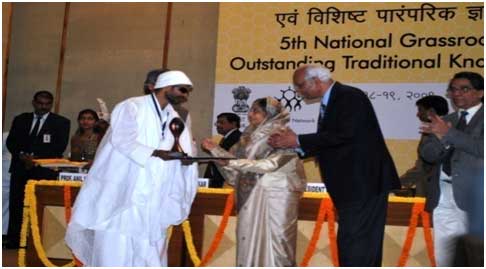 By looking at the favourable response of the paddy variety Dr. Balasaheb Sawant Konkan Krishi Vidyapeeth, Dapoli has accepted this variety for testing its suitability in their jurisdiction.

Shri Raghuvanshi has received several awards and appreciations to his credit. He has been appreciated largely for his efforts towards protecting indigenous crop varieties by way of participating in several crop rallies and distributing the seeds amongst the farmers. In 2009, he received national award from President of India Smt Pratibha Patil in 5th National Biennial Competition of NIF. During 2010-11 he received Plant Genome Saviour Recognition Certificates, PPV & FRA and Tara Devi Modi Rashtra Utthan Award, New Delhi.

For availing the seeds of the variety the innovator may be contacted at: Shri Prakash Singh Raghuvanshi (09839253974 / 09835609882), Village: Tadiya, Dhandhorpur, Post: Jakhini, District: Varanasi, Uttar Pradesh